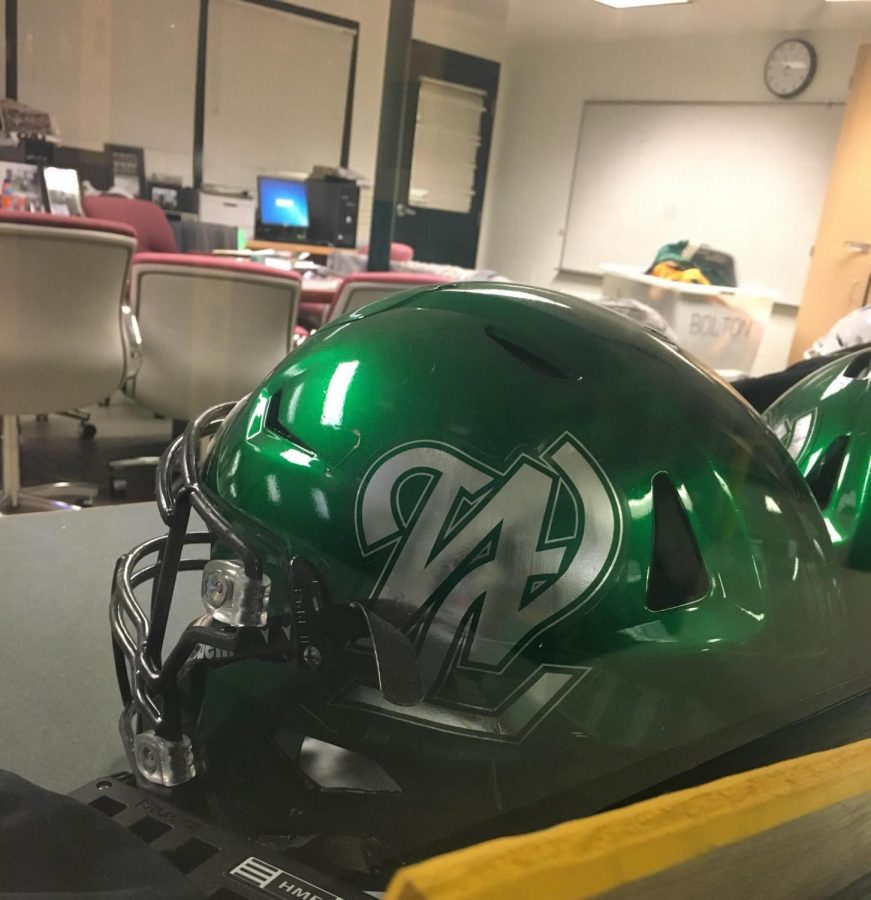 This year, the school got brand new equipment, like this shiny football helmet.

“Concussions is one of these pack journalism issues, frankly.  There’s no increase in concussions. The number is relatively small.  The problem is, it is a journalist issue.” This quote by former NFL commissioner Paul Tagliabue simply goes against the facts and is more than just a journalism problem.  High school football is consistently shown in studies to be the sport with the greatest proportion of concussions (47.1%) and the highest concussion rate. At least one player sustains a mild concussion in nearly every American football game.  According to research by The New York Times, there are approximately 67,000 diagnosed concussions in high school football every year.

A myth about concussion prevention is, helmets are worn solely to prevent concussions.  According to research done by students at Penn State, helmets are actually just to prevent skull fractures, not concussions.  Mouth guards are very important to preventing concussions, the mouth guard takes away some of the jolt of being hit the impact goes to your mouthguard.  Overall with gear the most important part is that it fits correctly, if helmets or any other piece of equipment do not properly, the risk of concussion is much higher.

After multiple concussions, freshman Mathesen Marth has had to stop playing sports.

Trainers and doctors help keep students safe on the field of play.

“We do a couple things in the beginning of the season in the clearance paperwork that every kid has to do before they are able to participate in a sport,” athletic trainer Becca Feuerherd said. According Feurherd, the school sees 30 to 40 concussions each year.

Preventing concussions still requires more research, but schools and researchers are educating coaches and athletes on how to deal with concussions to keep athletes safe.