The helmet or the game?

How concussion treatment has changed over time 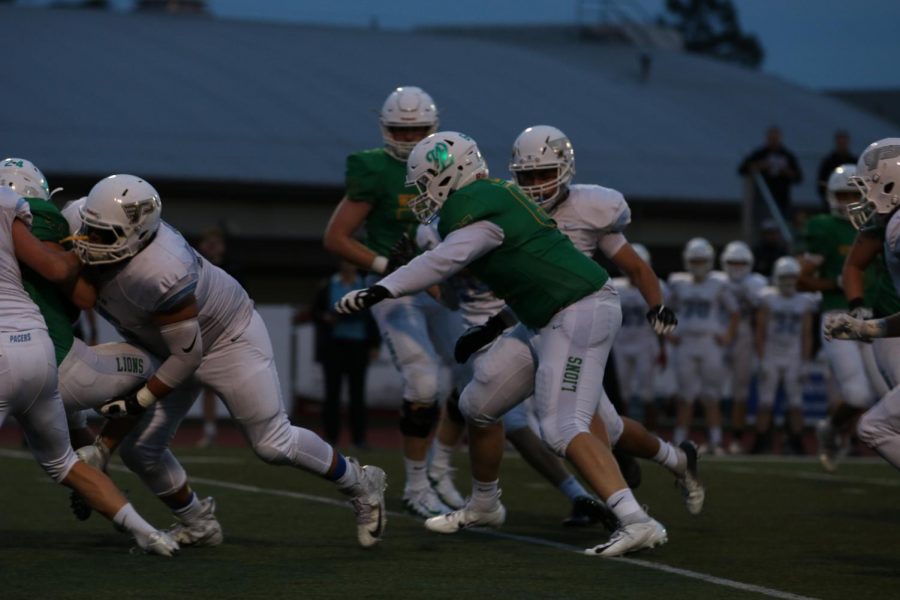 Football is a rather dangerous sport: there were 281 concussions in the NFL in the 2018 season alone. This raises the question of if players are being well protected by the pads and helmets they are provided.

Doug Sommer, psychology teacher, has coached football for 33 years and played for 10 when he was in school. A few years ago, Sommer sat down with his friend who is an orthopedic surgeonto talk about concussions. They came to a realization that what has increased is not the number of concussions but the awareness and knowledge of concussions.

“I think years ago, the emotion of a coach would be, ‘Hey, we’ve gotta get this kid back in.’” Sommer said. “I don’t think that’s there anymore, but by sending them to a medical professional, it eliminates that part of coaching completely.”

In recent years, there has been much discussion about concussion protocol in sports, and this has led to many parents questioning the steps coaches take to protect their plays.  But after speaking with Sommer it seems as though coaches err on the side of caution when it comes to head injury. If they suspect that their player could have a head injury they send him or her to a medical professional immediately. As Sommer said coaches now don’t have the mindset of getting the player back in but rather waiting until it is sure that their players are symptom free.

Dr. Jim Chesnutt, a sports medicine physician and the medical director of the concussion program at OHSU, said that the concussion program at OHSU sees over 1,000 concussions or head injuries every year. When I spoke with Dr. Chesnutt, he had seen 15 patients with concussions that day. The age groups of the concussions they see is a group from 14- to 18-year-old high school students and another group of 30- to 40-year-olds. The high school-aged cases are typically caused by sports and sometimes car accidents, while the 30- to 40-year-olds are mostly from car accidents. The vast majority of his patients recover fully and experience no long-term effects, Chesnutt said.

The rate of concussions in boys football is actually dropping, while the rate in girls soccer in increasing dramatically in recent years. I went to watch the girls’ varsity soccer game on a Thursday night and tried to keep count of how many headers I saw throughout the game. I counted 50. And the headers themselves are not what is so dangerous but when two players jump up to head the ball and their heads end up colliding that can easily cause two concussions in the same second.

Instead of wondering if helmets protect kids, Dr. Chesnutt proposed a whole different idea. Instead of changing the gear, we need to change the game. If high contact sports became just a little more cautions and minimized the use of the type of tackles and hits that cause concussions, we could see a dramatic decrease in the number of sports-related head injuries.