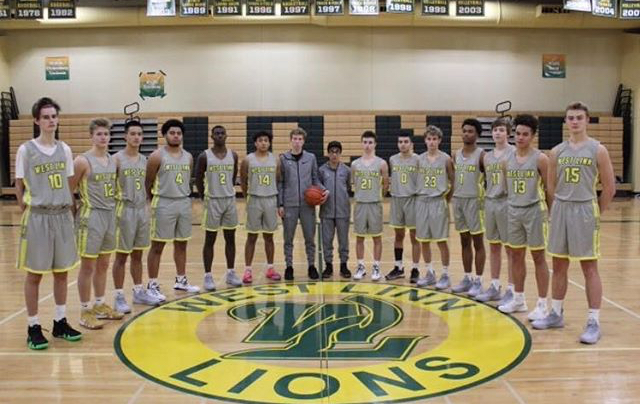 Every new year, changes are made to the basketball team. Seniors leave to college and JV players move up the ranks. However, this upcoming 2019-20 season, the team is hiring Eric Viukhola, who took time off from coaching the boys Varsity team.

Coach Viuhkola always wanted a coaching position in the Three Rivers League, in order to play against more skillful oppositions.

“I was an assistant at Oregon City for one year. And my goal was to become a head coach in the Three Rivers League,” Viuhkola said.

Coach Viuhkola attributes his motivation for every year to his ambitious nature.

“I’m really competitive,” Viuhkola said. So I guess what motivates me is I want us to be the best every year. You want your team come March, to be the best that it can be. And to be playing your best basketball at that time, so that whatever happens that you know, you can be like, hey I put my best foot forward. So what motivates me is trying to get our guys to be better and better each and every day. And that’s why we’ve already started spring workouts and our guys are working really hard, but our goal isn’t now, our goal is next month.”

Although Viuhkola’s goal is to win the state championship, he said that the most gratifying thing about coaching was making a difference in a player’s lives. He recalled some of the coaches he remembered that impacted him for the better.

“The most gratifying for me would be trying to make a difference in someone’s life. I had coaches who made differences in my life. They made me a better basketball player, a better student and a better person. I had some really, really good coaches.”

Coach Viuhkola stated the team’s principles and the set of rules they play by.

“We really stress playing hard, playing smart and playing together is a big thing. And then you know, just being really tough and really competitive.”
Viuhkola also said that he believed the new wave of athletes to share more similarities than differences with the players he had coached in the past.

“I’ve been coaching for a long time. And I mean, I don’t really feel like there’s this huge difference from 20 years ago to today with how kids are today. For the most part, kids are kids. And I’ve been in real blue-collar working class areas and affluent West Linn. Kids are kids and you treat them all the same and try to get the best out of them.”

Viuhkola is excited to start the season, but he said there would be challenges along the way to their ultimate goal of winning the state championship.

“I’m really excited about this upcoming year and the whole process of what this season’s gonna bring. It’s going to be really challenging.”

After taking a break from coaching the team, he realizes he will have to reinstate the core values he believes is essential to the team’s success.

“I think it’s going to be really challenging for me, because being here, kind of building up something where we kind of had things in place. I have to remember that we’re probably not there right now. I have to be patient and go, hey it’s kind of like rebuilding all over again. We’re going forward. It’s almost like we’re starting from the base again. Which is fun. It’s exciting. And so you get to really do a good job of stressing and teaching and that’s a really fun part of coaching.”