Everything you need to know about the upcoming football season 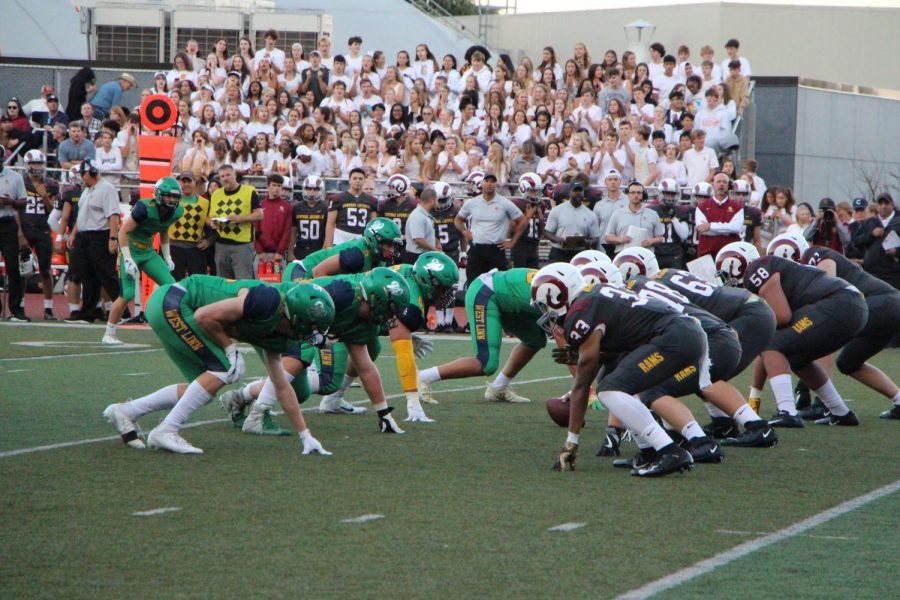 The West Linn lions during their first game against Central Catholic.

Football season is back. The West Linn Lions came out roaring in their first game but came up short against Central Catholic in the blackout game this past Friday. Don’t worry though, the Lions are not finished yet, and they still have the whole season to go.  The band, cheerleaders, Debs, and students were all showing out for the lions. It is going to be a great season.

Here’s an update of all the upcoming games to look forward to:

Sept. 6 Central Catholic: Home game. West Linn previously beat Central by six points, with a final score of 47-41. A few of the top ten high school football players are on the team so this will be close.

Oct. 25 Tigard: Away game. West Linn is surely hoping to even the score this season having lost to Tigard 21-23.

Nov. 1 Oregon City: Home game. The popular ‘Battle of the Bridge’ takes place with Oregon City hoping to maybe just win once, having lost (again) to WL. The final score was 46-14.