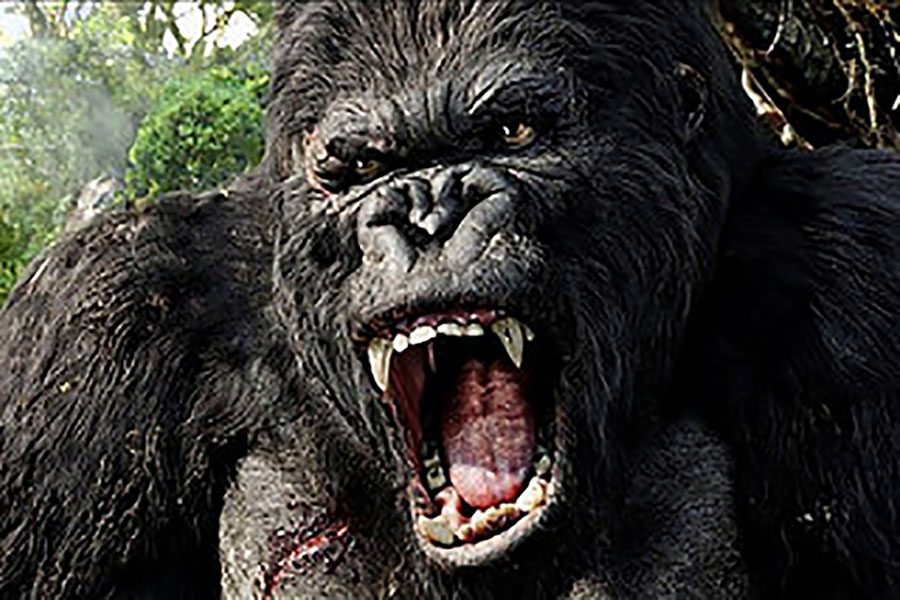 “Kong: Skull Island” shows off the highly realistic monster gorilla Kong in the new film version that was released on Mar. 10. Such an amazing animation deserved a more well thought out storyline.

In 1933 the first of the King Kong movies was released becoming an instant phenomenon, and has been revitalized every decade or so since 1976. On Mar. 10 another version named “Kong: Skull Island” was disclosed to the public, bringing the old film to the center stage once again.

During “Kong: Skull Island” a eccentric monster hunter Bill Randa, portrayed by John Goodman, convinces a group of scientists and soldiers on leave from the Vietnam War to join his renegade mission.  Randa has found a satellite image of a never-before-discovered island, and requires their help go on a geological exploration of it.

However, he has an alterative motive and uses this trip instead to find the ultra beasts that have found refuge on this island to prove that he isn’t any ordinary nut job. His plan backfires when King Kong, a giant gorilla, emerges from the forest, killing most of the expedition crew leaving him and the survivors stranded on the island.

After many dramatic battle scenes and Preston Packard’s, portrayed by Samuel L. Jackson, revenge mission against Kong is played out, the last of the survivors attempt to escape the island.

“Kong: Skull Island” did not live up to the hype. The movie depended too heavily on CGI and special effects to carry the bulk of the movie, which led to a poor plot line and bad character development, the only realistic personal growth coming from the 100ft tall CGI ape.

The plot seemed to play in loops, with another death scene cropping up every 20 minutes in exactly the same way as the last, just with a new monster to fight. The monsters were stunningly brought to life but killed so often it became almost comical.

“The movie was all gore and no real substance,” Diana Bob, junior, said.

This movie should not be viewed by someone who is in it for the story, but rather for a more in depth look at the monster gorilla himself.