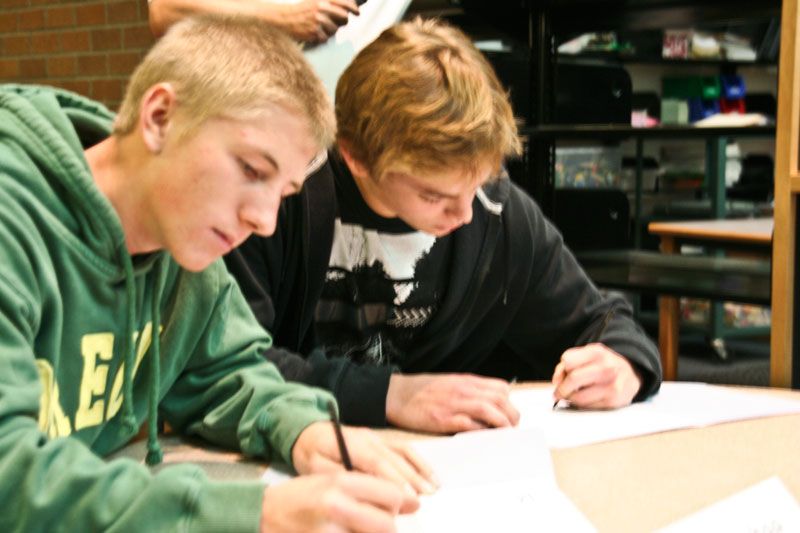 This morning at approximately 9:55 a.m. in the Media Center, West Linn saw two of its most successful athletes sign National Letters of Intent. Zachary Foushee, senior, committed to the University of Oregon to play golf next year, while William Risenhoover, senior, signed for Portland State’s tennis team.

“I chose Oregon because it felt like the right place for me,” Foushee said. “We are going to have the chance to win a national championship there.”

Foushee has competed on an elite level his entire high school career, placing third in State his freshman and sophomore years and placing second in State his junior year.

“I’m very excited to finally sign and put a year’s worth of deciding to rest,” Foushee said. “Go Ducks!”

Risenhoover has also experienced success as of late, placing second in Districts his junior year and advancing to the third round of the State Tournament. He ranked in the top eight of athletes in his age group in the Pacific Northwest.