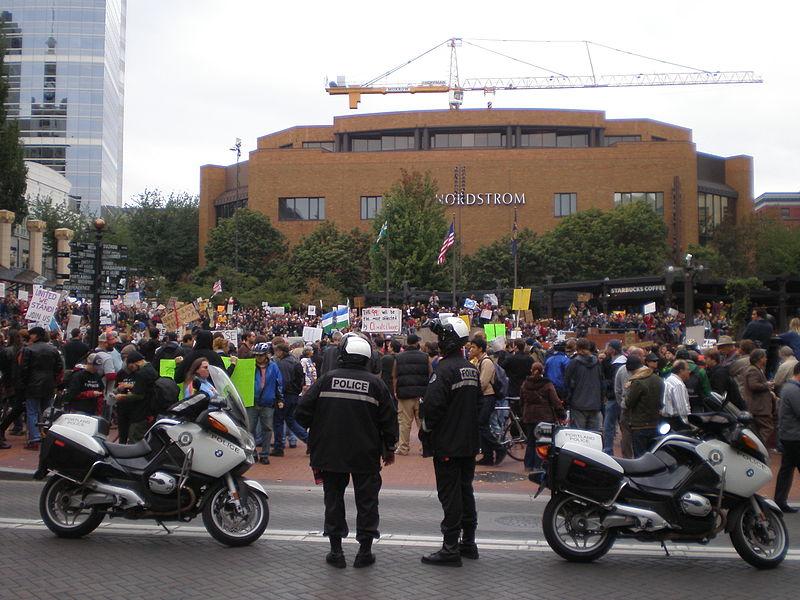 Portland Police broke up Tent City on Nov. 13, the former center of Occupy Portland in Chapman and Lownsdale Square parks. Officers arrested at least at least 50 people. However, closing the parks did not stop the movement.

On Nov. 17, a march took place from Waterfront Park across the Steel Bridge to various banks by Occupy protesters, and was also stopped by Police. At least 25 people were arrested that day, which protesters referred to as “N17.”

Most recently, protesters marched in downtown Portland on Black Friday with members of the Animal Defense League to protest the purchase of fur. A peaceful demonstration at Lloyd Center Mall was joined by about 100 people, followed by a candlelight vigil during the lighting of the Pioneer Courthouse Square Christmas tree.

According to OccupyPortland.org, the Occupy protesters are planning a march on Dec. 3, starting at Salmon Springs Fountain in Waterfront Park and ending at “another park,” currently not named.