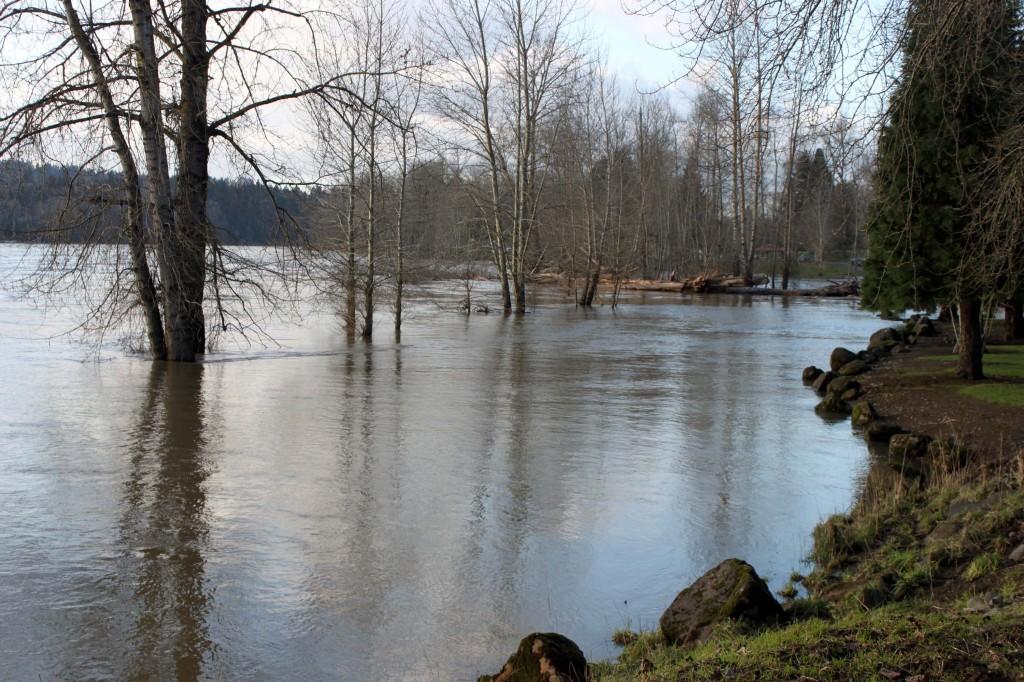 With snow and the incessant downpour of rain, West Linn has received over five inches of rain. This posed a problem for many West Linn residents as they have experienced the side effects of all this rain: flooding.

Adam Lee, junior, experienced the flooding full force when he and his family came home to find that their basement had been completely soaked with leftover rain water.

“The whole outside of the basement and half of the inside was flooded out,” Lee said. “Half of our carpet and some of our stereo equipment was ruined due to the water. To replace all of the carpet, it might cost us between $2,000 and $3,000.”

In the past month, West Linn has experienced over six inches of rain total. The five inches that have fallen just in the last week hasn’t helped matters. All of this rainfall has led to other people having issues with flooding as well.

“On my street alone, I know that three or four other people who had their houses flooded,” Lee said. “I think it’s just the way our houses are built. Within the past year, our house has flooded three times.”

It is predicted that West Linn will most likely remain rainy for the rest of January, with the next three days averaging at 44.4% chance of rain.