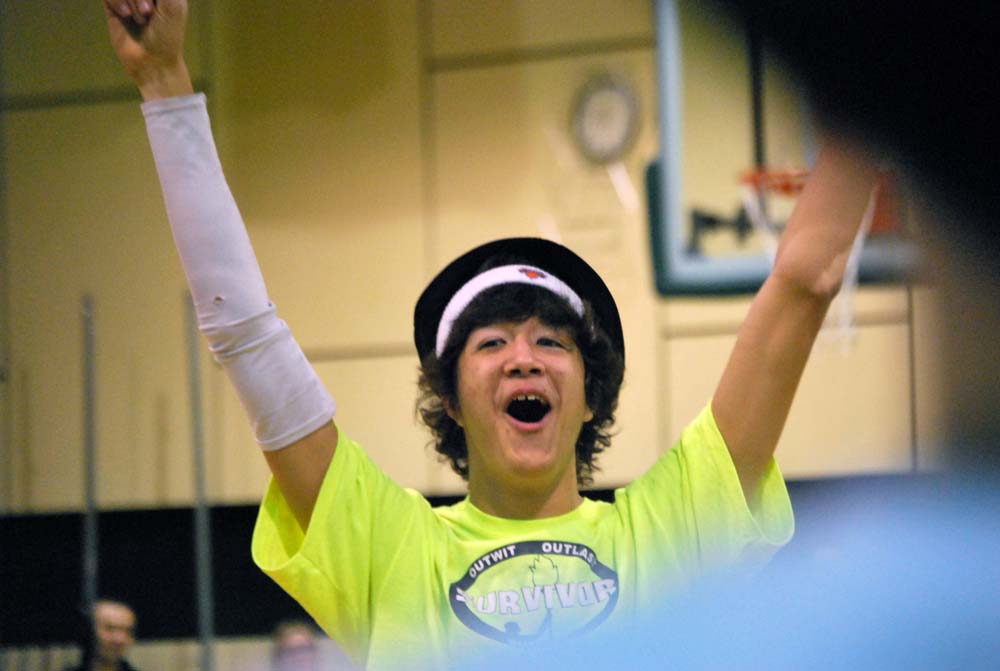 Evric Jenkins, senior, was crowned champion of Survior during a school wide assembly on Feb. 17. All nine contestants who were booted off throughout the week came back to make one last decision: who they would vote for as Survivor champion. Jenkins beat out fellow seniors Rachel Sliger and Sydney Herbst in the final vote. He sat down with the Amplifier for an exclusive interview. Whenever he voted off a fellow contestant, Jenkins would deliver his own unique interpretation of a popular song.  He gave his final performance of Survivor during the interview with a rendition of  “Sexy and I Know It” by LMFAO.