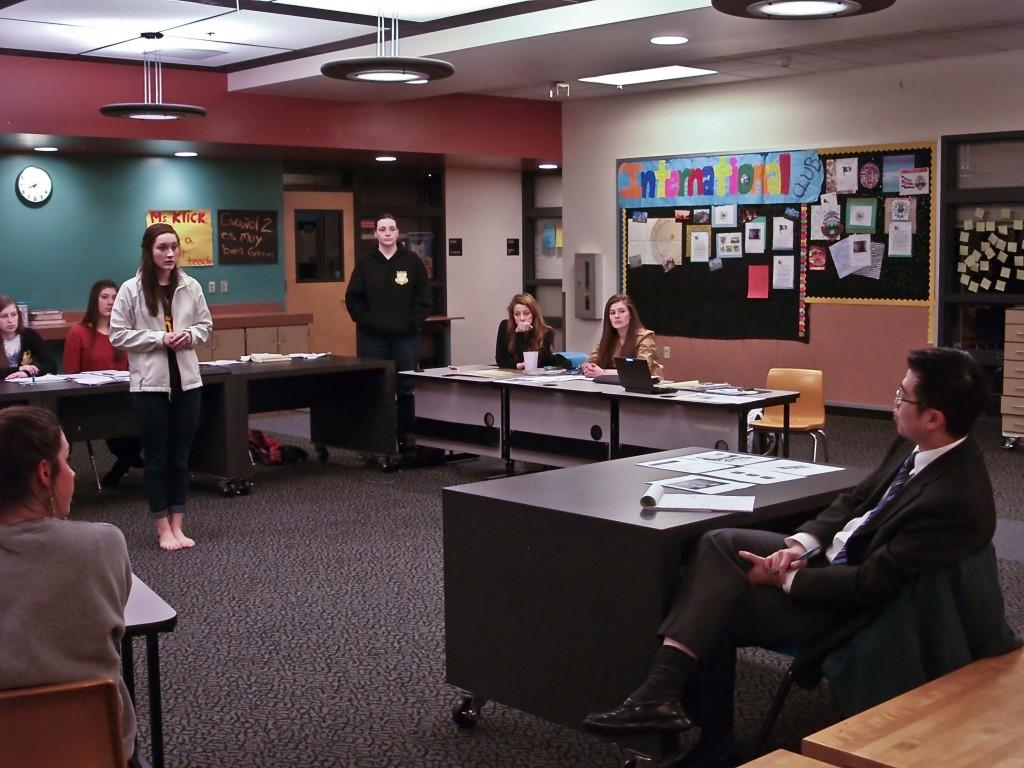 The Senior Mock Trial Team is advancing to state after sweeping the competition last Saturday at Regionals which were held at the Clackamas County Courthouse in Oregon City. The seniors were the only team to go 3-0 at the competition, and they ended with the highest point total as well, with 80 out of a possible 90 points.

Regionals consisted of 14 teams competing for three spots at State. According to Emily Axelrod, senior, this year was different; all of the other teams in the region were out to beat West Linn.

“The other teams were specifically out to get us and put up more of a fight than ever before, but we didn’t let them,” Axelrod said. “I’m so proud to take first in the region, and we’re ready to kill at State.”

The Junior Mock Trial Team placed fourth at Regionals, but were second based on point totals, following the seniors. Matt Kellogg, coach, was both pleased with the performance of the team but also disappointed in the outcome.

“Regionals was the all too common occurrence of being half incredibly pleased and the other half frustrated,” Kellogg said.

Along with Kellogg, the junior team was irritated at not advancing even with its high point total. Despite this, they still plan to attend the State Competition to support the seniors.

“I’m really excited to see the senior team take first at State,” Emily Art, junior, said. “Both the junior and senior teams have become super close over the season, and I’m sad it has to end.”

Axelrod agreed with Art about how close the teams have become. According to Axelrod, the seniors have bonded immensely through all of the time that they have spent together, from State last year to Empire, the international competition.

“We’ve literally become a family, and since this is our last year together, we’re leaving everything in the courtroom,” Axelrod said.

Individual awards were given out during the competition during each round. Senior winners included Tatiana Jungerman and Camille Bradshaw, attorneys, and Hannah Beth Gilbert, witness. For the junior team, Oliver Muggli, junior, and Art earned award as attorneys. In addition to the first, Art earned a second award for being a witness.

The seniors will compete at State next Friday, March 16 at 4 p.m., and Saturday, March 17 at 8:30 a.m. in the Federal Courthouse in Portland.