Elise Brown wins in Oratory and moves onto National competition 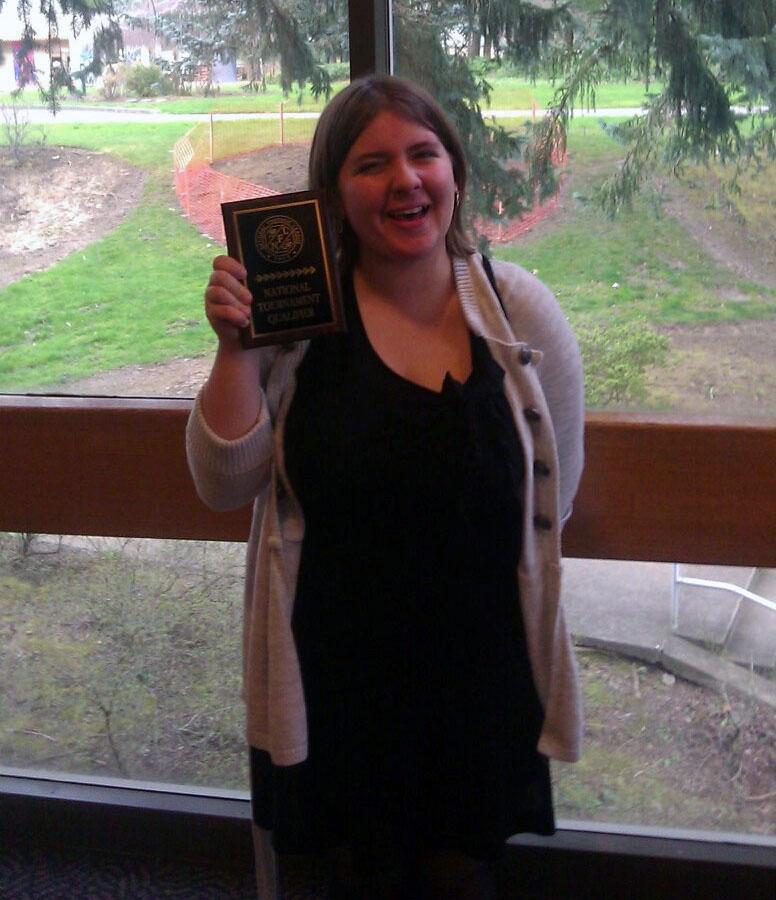 Elise Brown, junior, won first place in Oratory at the National Forensic League Speech and Debate Tournament which took place at Mt. Hood Community College from March 22-24, and second place at the state competition at Western Oregon University from April 19-21. Brown was the only representative from WLHS at National Forensic League, and was one of three at the State Competition. Her speech has previously awarded her with three third place prizes, one second place prize and two first place prizes. Brown will be advancing to Nationals.

“It’s both really exciting and really intimidating to go to Nationals, because there will be people there just as talented as me, if not more,” Brown said. “This is my first year to do oratory, and it shows that I did something right to get this far.”

“I was always editing my speech,” Brown said. “I looked to my ballots for revisions.”

The oratory category is a persuasive speech that is usually around ten minutes long. The competitors need to research the topic they chose to speak about thoroughly for solid factual evidence, write the speech and memorize it.

Brown’s speech was about socialism and its skewed definition in today’s society, along with reasons it should be appreciated. The more passionate the speaker is about his or her topic, the more convincing the speech will be, according to Brown.

“A big part is talking about something that you believe in,” Brown said.

There is a specific process a speaker needs to go through when the speaker is enrolled in a speech and debate tournament. Each category’s speakers are divided up into different rooms with judges present. They perform their speech in front of judges and the other competitors.

At the end of each round at the National Forensic League, the judges announce the first, second and third placed speakers and determine who goes “up” and who goes “down”. Once a competitor receives two “down”s, he or she is eliminated from the competition. Brown received one “down” during the competition, but her cumulative scores were high enough to give her the first place title. In most competitions, the scores aren’t learned until the tournament ends.

Next up for Brown is Nationals from June 10-15. Nationals takes place in Indianapolis for the NFL.