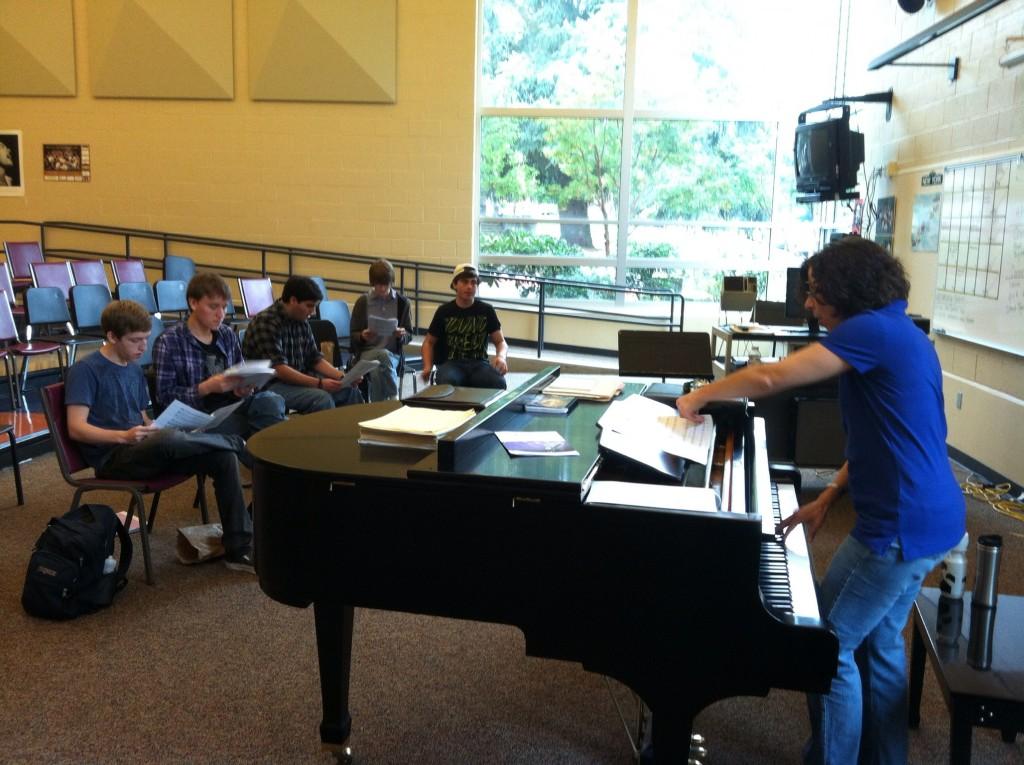 A small group of men meets in the choir room each Tuesday and Friday during lunch to sing contemporary songs in instrument-free harmony. Led by Barb Fontana, choir director, they hope to perform at assemblies and music department concerts in the future — once they’ve hit all the right notes.

“The format right now is fairly loose,” Fontana said. “We’re going to swim through and see where it goes.”

Fontana was inspired to begin this project by a professor of music at the University of Northern Texas. He organized his friends, many of them music majors, into a non-audition a capella group who performed contemporary music. The group now has 80 members and continues to grow. Fontana hopes that this model can be replicated at WLHS, especially for male students who love to sing but cannot fit music into their schedules.

“Right now I’ve got a handful of guys in symphonic and jazz choir, and a few who do choir at churches,” Fontana said.

The group currently consists of students such as Eric Dale, sophomore, who sings bass in the St. Ignatius parish choir. He was told about the group by his friends who are in Symphonic Choir; he has been enjoying rehearsals so far.

“The group is a joy to be with,” Dale said. “They’re super fun, super energetic. Rehearsals have been really great, too. Ms. Fontana knows how to balance each student’s singing well.”

Some men, such as Jacob Arrigotti, junior, will be joining the group once the fall musical, “Kiss Me Kate,” ends. Five men attended the group’s meeting on Sept. 21, but according to Fontana, “we’re really about three times this size.”

Currently, Fontana is training the men to sing Billy Joel’s “For The Longest Time,” and they will be learning more contemporary songs in the future. Until then, Fontana is extending an invitation to any students who want to join the men’s acapella group.

“There is gender discrimination, though,” Fontana said. “The only woman allowed to join is me.”