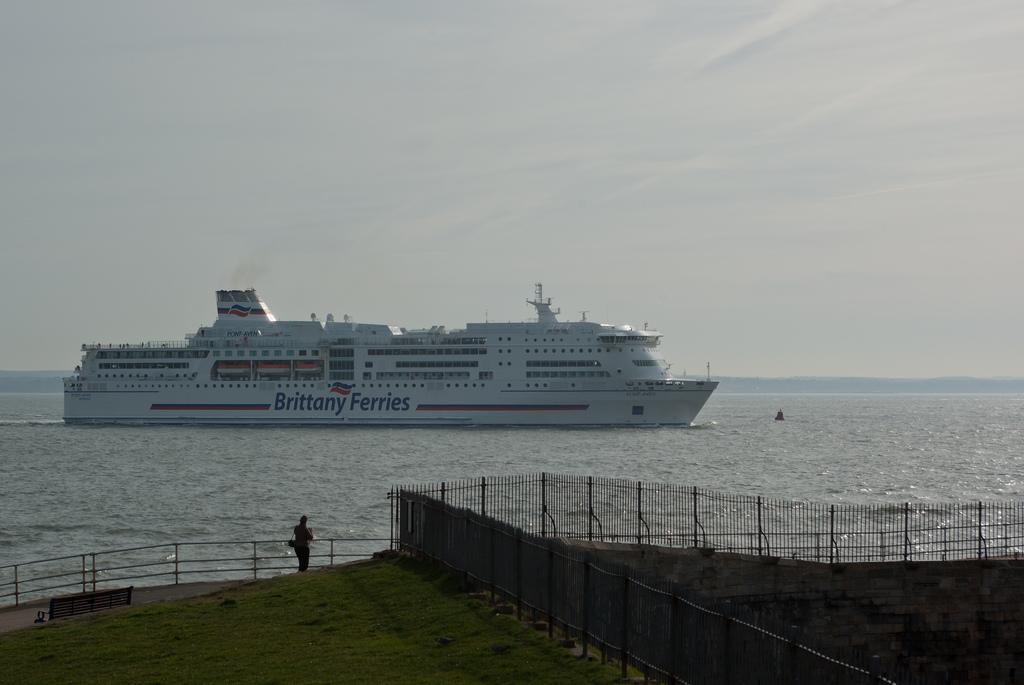 On Oct. 2 a week long strike ended that lasted for about a week  in Roscoff, France about unfair working terms and conditions for crew members of Brittany Ferries. This event started On Sept. 21, when French crew members working for  Brittany Ferries, a ferry service that operates out of Portsmouth and Plymouth, England along with France and Spain, went on strike in Roscoff.

The plan Brittany Ferries proposed called for longer hours and less pay for crew members.  Over 1200 workers have begun to rebel against this proposed plan.  Due to this ongoing strike all Brittany ferries going to and from Portsmouth, Plymouth, France and Spain have been suspended indefinitely.

All passengers are being encouraged to travel to Calais as  Brittany Ferries is the only ferry company that operates on the southwest.  Calais is over 400 miles away from Roscoff.  People who are not able to travel to Calais due to health problems were stuck temporarily in Roscoff.

In Calais, Brittany Ferries made special arrangements with P and Q Ferries and MyFerryLink to accept Brittany Ferry tickets.  From Calais people were taken across the English channel to Dover, a city two and a half hours away from Portsmouth. Also, all passengers with unused Brittany Ferry crossings will be given a full refund.

Not only were travelers affected by these thought to be inconvenient strikes, but thousands of trucks also come back and forward from Portsmouth, Plymouth, Spain and France each week using Brittany Ferries.   A Cornwall shellfish firm has had three trucks stuck in France since the beginning of the strikes.  Going to Calais and then on to Dover is an option for the  shellfish and various other trucks, but it is very far and gas is very  expensive.

Because shellfish only lasts three days, they would have to lower prices, which would not be very cost effective for the fishermen  that go after the fish in the first place. This applies to many small firms that have trucks stuck in France.

The strikes have cost Brittany Ferries most important port Portsmouth International Port about 400,000 pounds.  That is equivalent to $722,280.  Brittany Ferries pays berth fees and other fees for the right to talk in Portsmouth International Port  for the right to dock.  The port is owned by the city council so the missing funds that weren’t paid for a week because the ferries sat in French docs comes out of the public’s funds.

Alan Foster from Portsmouth was on a weekend retreat with his wife Carroll Foster in Roscoff.  They were heading toward the docks to board the ferry.  The Fosters were waiting for the gates to open so they could drive onto the ferry they were supposed to board at 3:00. After 3:00 p.m. they noticed someone going car to car.  The person was an employee who worked with Brittany Ferries and was telling people the crew was having a vote whether to strike or not.

“I wasn’t sure what to do at this point I was looking forward to a nice easy journey back home, ” says Alan Foster.

Foster ended up driving the 350 kilometers  to Calais to catch a ferry.  There in Calais they were able to board a P and Q ferry.

“Brittany Ferries made a special arrangement with P and Q Ferries to accept Brittany Ferry tickets, we were also given full refunds for our ferry tickets,” Alan foster said.

“I didn’t know my way to Calais so I just followed the cars with British license plates,” Foster said.

Foster was able to observe the reactions of those around him and the reacted much the same way.  They did not know what to do and where to go nor did they know how long the strike would last.

In this recent strike crew members of Brittany Ferries did not have a right to strike.  In England there is a law that stops people from striking without giving notice.  If employees are going to strike they have to give notice.

According to Foster everyone was given refunds on their tickets and even gas money for the extra gas miles they had to travel.  Also Brittany Ferries had to pay other ferry companies such as P and Q Ferries to take their initial passengers across the English channel back home.  Throughout this process Brittany Ferries has lost millions of pounds.

According to social studies teacher Jesse Cannelos, however, his controversy with Brittany Ferries will be short lived.

“This happens far too often in England and all over Europe,” Cannelos said.  “Any negative impacts will only be short lived as Brittany Ferries has a long history with Portsmouth International Port so it will remain strong there,” Cannelos said.

Striking in Europe does happen very often, however Cannelos believes that any one has the right to strike if they feel their working conditions are unfair.  “Any economic impacts and tourist impacts will not last very long at all.  Brittany Ferries is a big company that has a long history there will be no consequences,” Cannelos said.