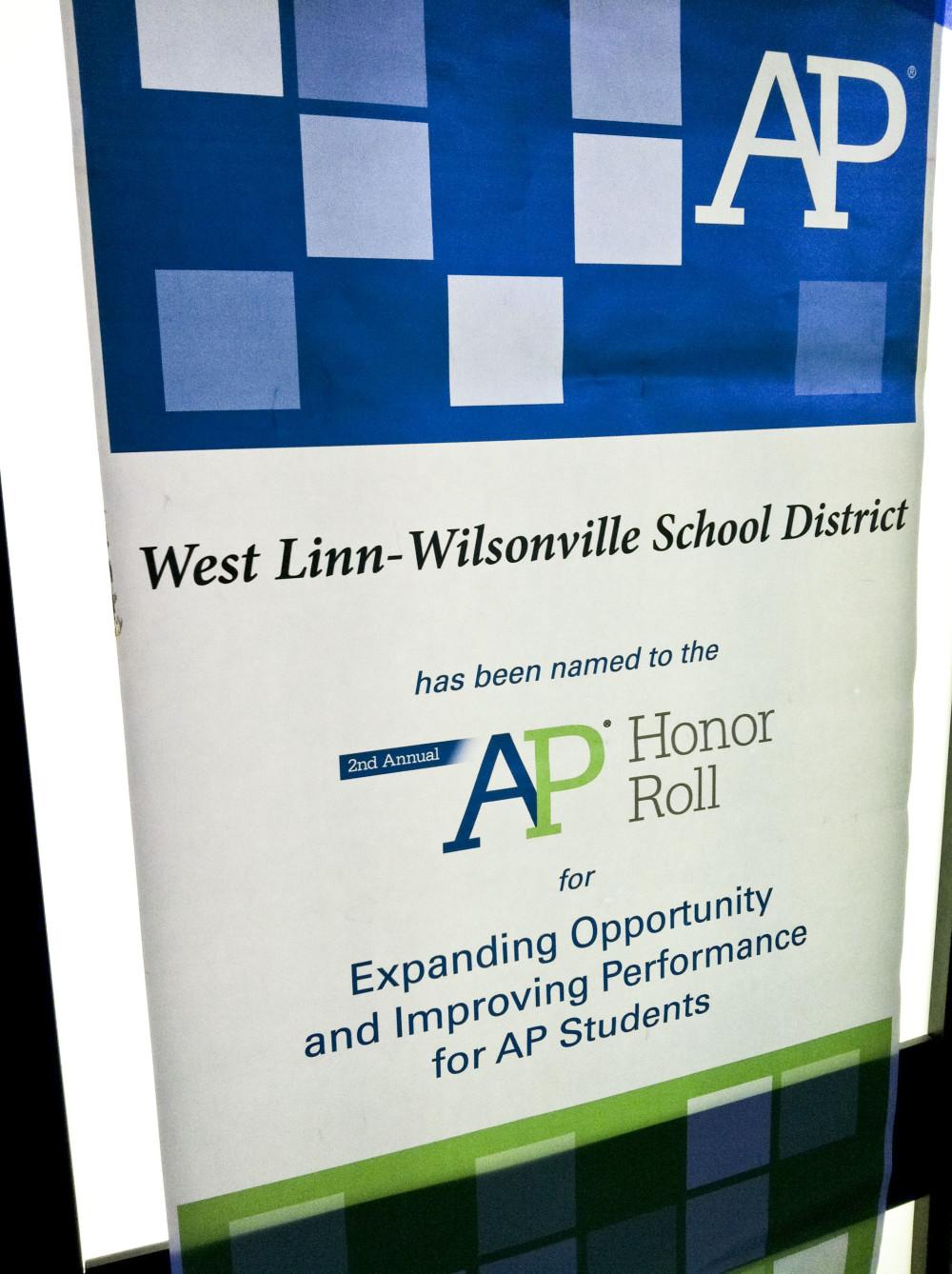 Elise Brown
Among nearly 540 school districts nationwide and two statewide, the College Board has placed the West Linn-Wilsonville School District on its Advanced Placement Honor Roll school district for the second year in a row. School districts which receive this honor show, over three school years, an increase in AP class enrollment (both overall and within racial minorities) and increased frequency of AP test scores of three or higher.
Lou Bailey, principal, believes that two factors are responsible for this achievement: the high standards used to select AP class teachers and the accessibility of AP classes to the student body.
“Our recognition of the scores goes straight to the teachers,” Bailey said. “My emphasis is on participation, because the more the better. I’m more proud of the enrollment than the scores.”
Many school districts similar to WLWV, according to Bailey, have high percentages of AP test scores above three, but do not receive this honor because of the restricted access students have to the AP classes and tests.

“Some fear that more enrollment decreases overall scores, but we have seen the opposite,” Bailey said. “Many districts pick and choose the top-performing students in their classes to take the AP test, but in our district, all AP students take the tests. Our data has shown improvement.”

WLWV also distinguishes itself from other districts by allowing students in all grade levels to take AP courses. For example, AP Human Geography opened to freshmen this school year, and sophomores were able to take AP United States History beginning about six years ago. Most districts restrict AP course enrollment to upperclassmen.
“I believe that most kids should be able to take an AP course,” Bailey said. “With 94 percent of our kids going to a two or four year university, we encourage all of them to take a college-level course. We call it ‘tap-them-on-the-shoulder,’ inviting students to try this experience.”
Out of WLHS’s 1550 students, 510 are enrolled in at least one AP course; WLHS students will take a total of 902 AP tests this May. This is an improvement from last year, when 390 students were enrolled and took 660 tests. Seventy-three percent of those who took the tests scored three or higher. The previous year, it was 71 percent.
In addition to the students, Bailey commends West Linn’s AP teachers for training them to score so highly.

WLWV’s hiring process is very selective, and every teacher hired must interview the superintendent, a practice not used by most districts. As a result, according to Bailey, the teachers in the district are the most qualified and consistently receive recognition from organizations such as College Board.

This is the third school year in which the College Board has assigned AP Honor Roll status to school districts, and the second in which WLWV has been recognized. Bailey hopes that next year, the district will be recognized again.

“I can’t predict how well [our students] will score on the tests,” Bailey said, “but enrollment has significantly improved, so we will be very competitive for this award next year.”