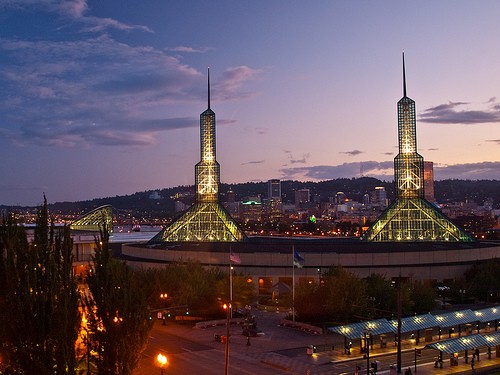 Harry Potter fans from all around the world will convene in Portland at the Oregon Convention Center on June 27-30 for the popular Harry Potter convention, LeakyCon. Along with the Portland LeakyCon, there will be a London convention, hosted in the Grand Connaught Rooms on Aug. 8-11.

LeakyCon is the ultimate convention for Harry Potter fans, otherwise known as Potterheads. It’s a place where fans convene from all over the world to share their love of Harry Potter.

“I think that the main reason people like Leakycon is that it’s geared towards people who are parts of big ‘fan groups,’ but don’t always connect or find people with their same fan interests where they live,” Sophie Pesetti, sophomore, said.  “It’s a place where many like-minded people can congregate and make friends.”

The thing that makes LeakyCon appealing to most is the people it attracts. The biggest Harry Potter fans all congregate to one place, and it turns into a big party.

“It’s legendary,” Janae Turner, sophomore who attended LeakyCon Chicago, said. “It’s so chaotic yet organized, and it’s full of energy and fangirls. It’s like nerd mecca. I met so many amazing people last year and had so many memorable experiences.”

“There are different panels and events at LeakyCon with different guest speakers and things like that,” Turner said. “There’s a thing called LeakyLit where writers come and have panels about writing and there are Starkids and movies and crazy stuff. It’s insane. And there are signings from Harry Potter actors and Starkids.”

In the past, Harry Potter fans have flocked to LeakyCon from around the world, but this year there should be more of a regional divide. Many European Potterheads will attend LeakyCon London, and many North, Central and South Americans along with Australians and Asians will visit LeakyCon Portland.

LeakyCon Portland still has tickets available, but they will sell fast. Tickets are avaliable at: http://bit.ly/VnGlXg

If more information is needed, visit their website: http://www.leakycon.com/