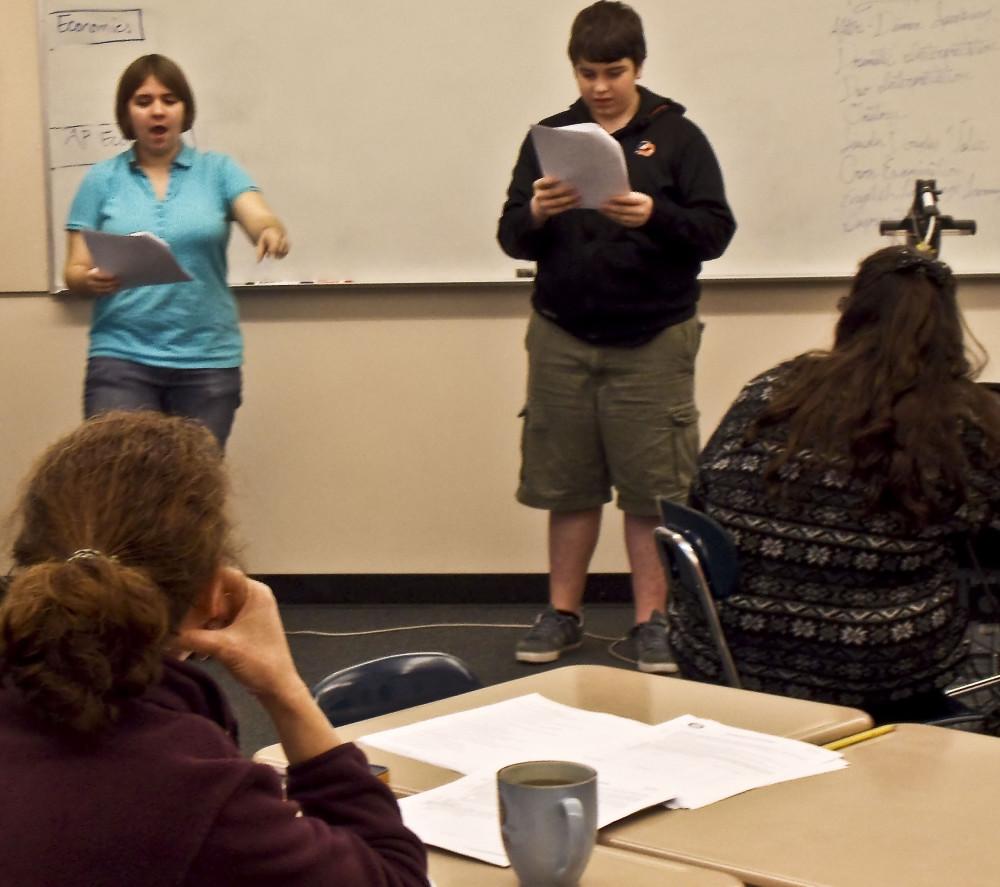 After Brian Gutowski, volunteer coach of the Speech and Debate Team, stepped down due to a changed work schedule, two WLHS employees stepped up to lead the team. Tonya Dailey, social studies teacher, and Jan Bosson, instructional assistant, are the team’s new coaches and administrators, with Dailey hosting and providing feedback at the team’s weekly meetings and Bosson coordinating tournament registration and transportation.

Dailey was an S&D coach at WLHS in the 1990s. Since tournaments are an all day affair, Dailey cannot attend them because she has  two young children. When she was asked by Hunter Bosson, junior and S&D team vice president, and Elise Brown, senior and team president, to host meetings and give competitors advice on their performance, she gladly accepted.

“It’s a really profound skill, I want to help students communicate orally as well as in writing,” Dailey said. “I want to support pportunities and I value that they are doing it now. It’s harder to learn later in life.”

Dailey believes not being comfortable speaking publicly limits one from being able to communicate.

Bosson  has two children, both students at WLHS and members of the team. Hunter, junior, competes in parliamentary debate and original oratory, and Taylor, freshman, is planning to compete in humorous interpretation. Parent carpool is the usual method of transporting competitors, but she  was able to hire a bus to transport the team to its most recent tournaments at Pacific University, Glencoe High School and McMinnville High School.

Bosson has learned that S&D has something for every type of person.

“Since becoming involved, I have learned that speech and debate offers so many different possibilities to become involved. The events are many and diverse,” she said. “The S&D team offers many opportunities to practice and improve speaking ability.”