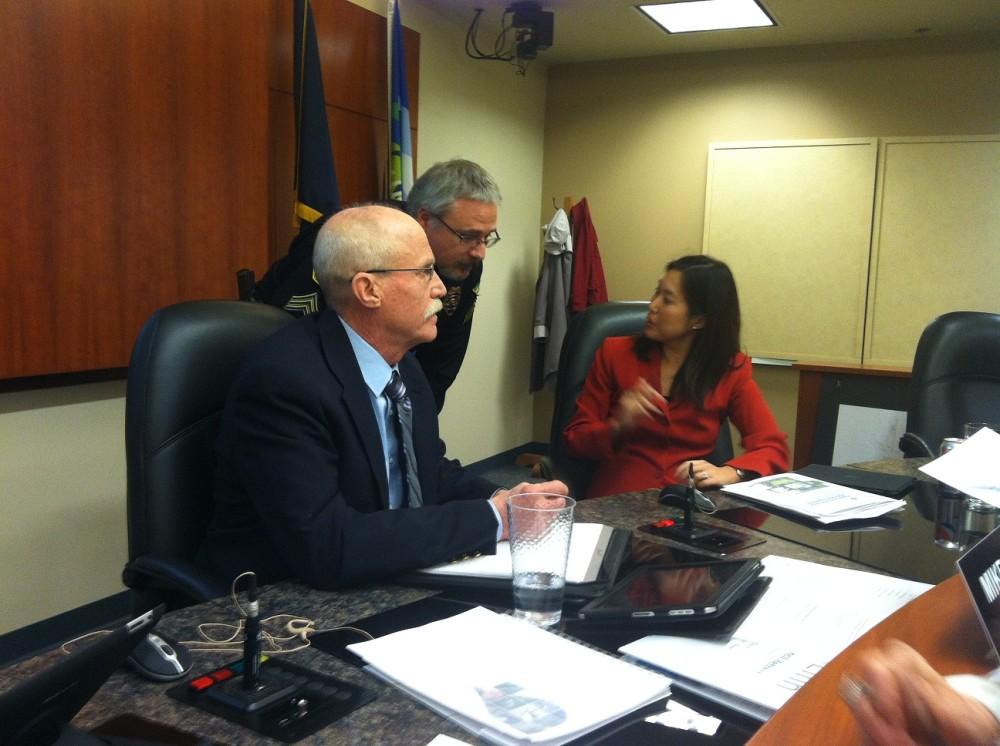 After months of deliberation and debate, the West Linn City Council has unanimously decided to allow the Lake Oswego-Tigard Water Partnership to expand its facility in the Robinwood neighborhood.

The new facility will be renovated to better withstand earthquakes and have a daily capacity of 38 million gallons, more than double what it currently produces. To sustain this, it will require wider transmission pipes to be built underneath Highway 43. A two-year, $250 million construction project will need to begin, which will be paid for by Lake Oswego and Tigard residents.

Once construction begins, according to Joel Komarek, project director, some homes in the Robinwood neighborhood may expect a one to three day period of restricted access as construction winds from the site of the facility on Mapleton Drive up to the highway and toward Lake Oswego. This means portions of the highway will be excavated, but construction will only occur at night, according to Chris Jordan, city manager, and will be timed so as to minimize setbacks to the businesses in the area.

“Will Mapleton and Kenthorpe carry a burden? Yes,” Mike Jones, council president, said. “But the burden is not disproportionate when considering the benefit to our community.”

In exchange for the expanded water treatment system, the LOT partnership will give West Linn $5 million as a one-time franchising fee, $10,000 to serve the Robinwood neighborhood’s local community center and four million gallons per day of emergency water.

Some neighborhood members, such as Kevin Bryck, member of the Friends of Robinwood Station and Robinwood Neighborhood Association, are opposed to this project because they feel it is unnecessary. The Bull Run reservoir is closer to Tigard than the Clackamas River, where water will be drawn for the LOT facility. The livability of the homes surrounding the construction also remains a concern.

The Council met the following Monday, Feb. 18 at 9 a.m. to come to a final order and report to the Lake Oswego and Tigard city councils what conditions they must follow through on to proceed with this project. That day, citizens who are opposed to the project were given an opportunity to propose an appeal of the Council’s decision. They will have 21 days to fill out all the necessary paperwork so that Oregon’s Land Use Board of Appeals can study the decision and find whether or not the planned expansion violates any existing land use code.