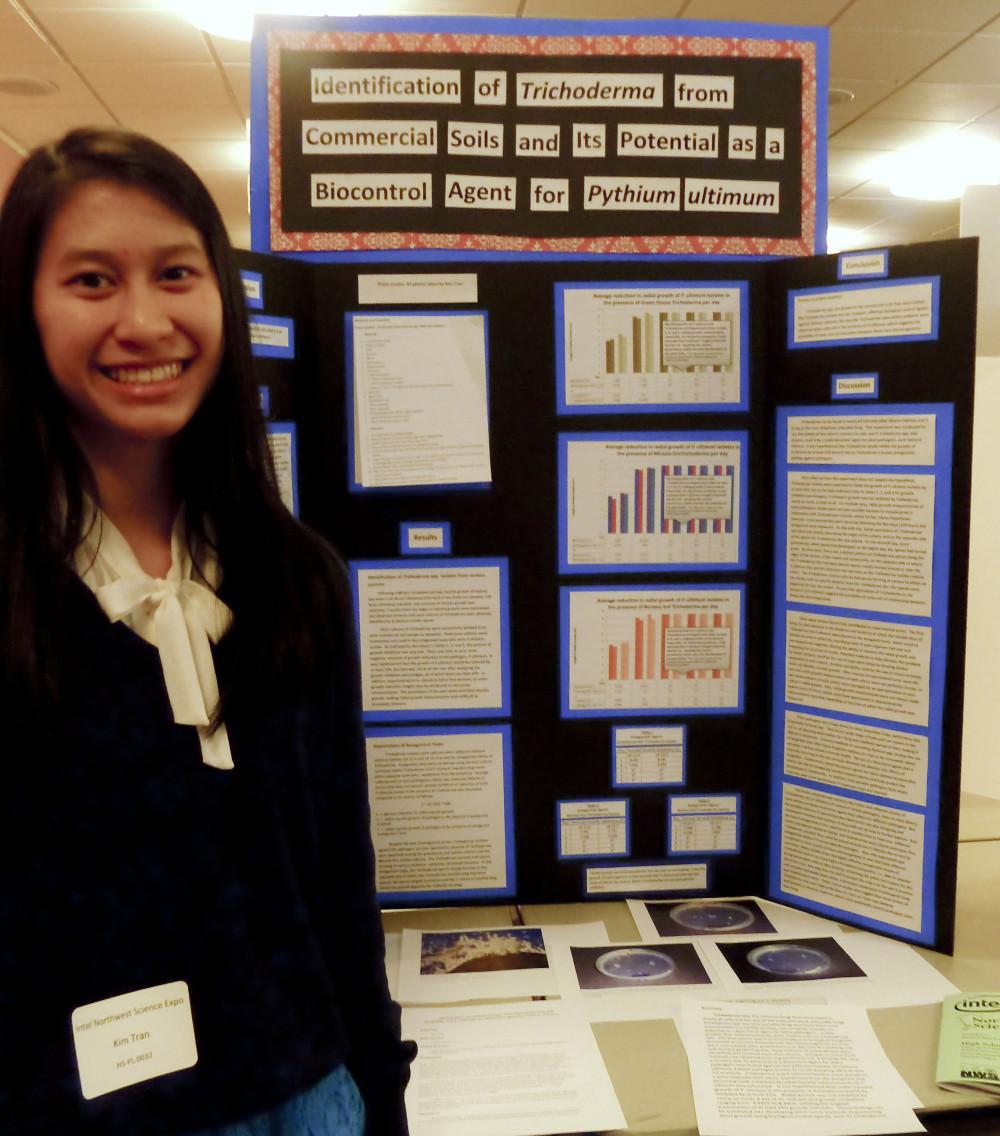 Having impressed the judges at the CREST Jane Goodall Science Symposium on March 14 and 15, 25 West Linn students advanced to the Northwest Science Expo on April 5. Nine of West Linn’s projects were recognized at this “state championship” affiliated with the International Science and Engineering Fair.

Dylan Martins, freshman, won second place in the microbiology field for his work with bioluminescent bacteria. He also received a $9000 scholarship from the University of Oregon, renewable for four years.

“They showed my name too early on the PowerPoint during the awards ceremony, so they showed it for a little while, then went back,” Martins said of when he learned he had won. “I didn’t know if I was just seeing things or crazy or what, but when they announced my name, I just felt great.”

Martins said he is “considering” using his scholarship at the University of Oregon in the future.

Coming in second place for behavioral and social science were Caleb Archuleta and Duncan Prince, juniors, who looked into attempting to explain deja vu. Third place in that same category went to Krista Wurscher, freshman, and her search for an association between handedness and language disorders.

Second place in plant sciences went to Kim Tran, junior, and her research of commercial soils and fungicides. Winning third in physics and astronomy for his project on laser refraction in different solutes was Henry Li, sophomore.

The Army Research Office recognized two projects with its award for Scientific and Engineering Excellence: an investigation into using lasers to eradicate E. coli spearheaded by Shana Feltham and Melanie Martinsen, sophomores; and a study of piezoelectric energy harvesting done by Caroline and Diana Swanson, sophomores.

Arianna Hall, Clara Altemus and Zoe Maxwell, seniors, received the Association of Energy Engineers’ award for Outstanding Project Related to Energy Management and Sustainability. Their rain-powered water wheel is also taking them to the International Sustainable World Energy/Engineering/Environment Project Olympiad in May.

The Indus Entrepreneurs of Oregon awarded Milo Webster, junior, with an honorable mention for the entrepreneurship he showed with his project: optimizing teacher websites.

Team Oregon for the ISEF fair in Arizona this May will include Webster and Camille Collier, sophomore.