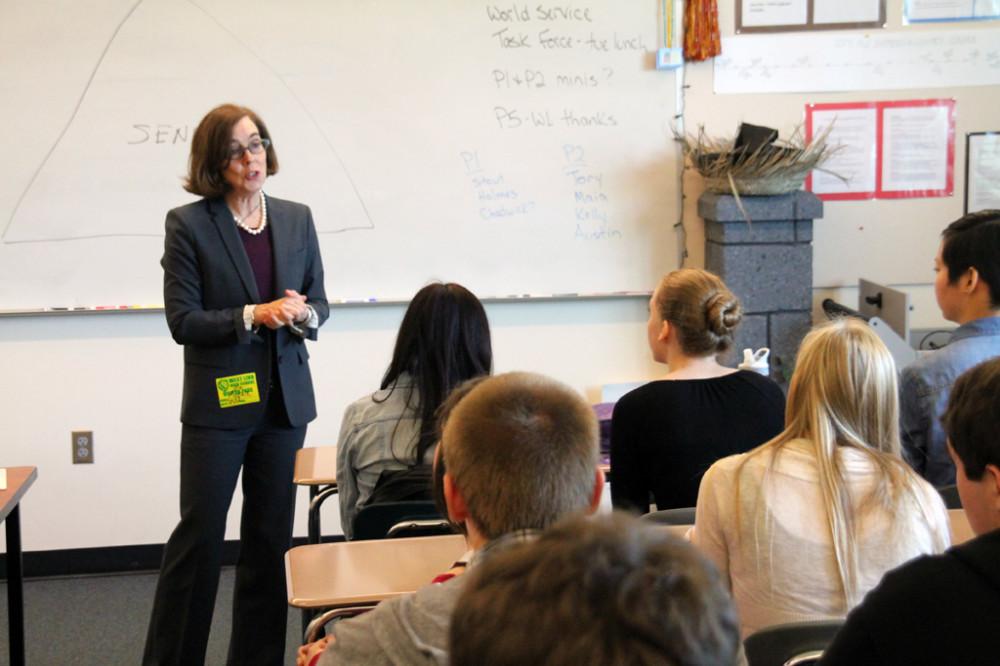 Secretary of State Kate Brown came to West Linn High School on April 22  to talk to students in AP Government.   Her main topic included the bill to have 16 -year- olds to have to right to pre-register to vote.

“Democrats are going to have to pick up the votes from the Republicans if they really want this bill to pass, because the 16-14 is really close,” Brown said.

Brown also encouraged students to partner and join with companies like OSA and the Bus Project to recruit people to vote.

“Secretary Brown’s visit was timely. She rekindled in me and Lobby Club members interest in supporting bills that will impact young Oregonians,” Todd Jones the AP Government teacher said.