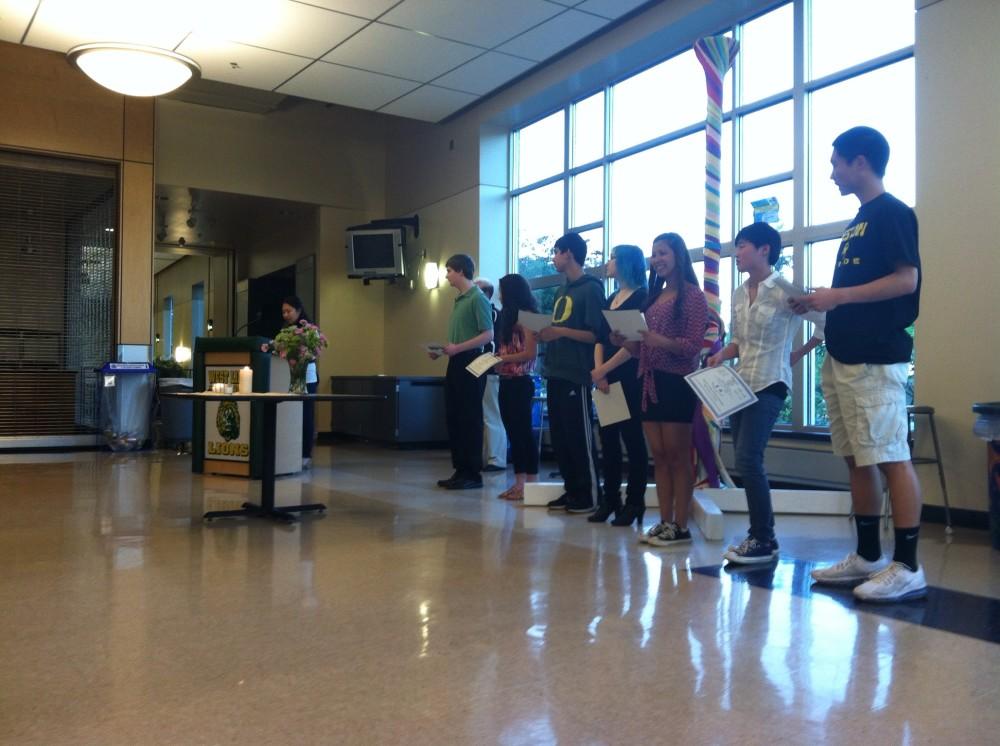 “It was very special to have our first inductees,” Mary Klick, foreign language honor society coordinator, said. “I thought it was very important that the students that qualify be given the opportunity to be recognized for their efforts. They’ve worked just as hard as everyone else.”

Wen Kuo, Chinese teacher, first had to join the organization as a teacher before the individual students could be inducted. Kuo’s interest was piqued by an e-mail from the Chinese Language Association of Secondary-Elementary Schools, who sponsors the honor society. After Klick was made known of the opportunity, she filled out the paperwork for the establishment of a branch of the honor society at her school.

“I first heard about this a few years ago,” Kuo said, “but didn’t really pay much attention to it until this year. Mrs. Klick is really the person who put it all together.”

Klick admits that it wasn’t easy.

“We received the certificates practically the day before the induction,” Klick said. The ceremony, held on April 23, still ran as planned, though, with Nikki Yang, senior, leading inductees in a pledge and lighting a candle to symbolize the “hope of worldwide understanding through their work,” according to Tara Galloway, international club president and MC of the ceremony.

“With their dedication and employment of various languages, comes the first sign of global friendship and peace for us all,” Galloway said.