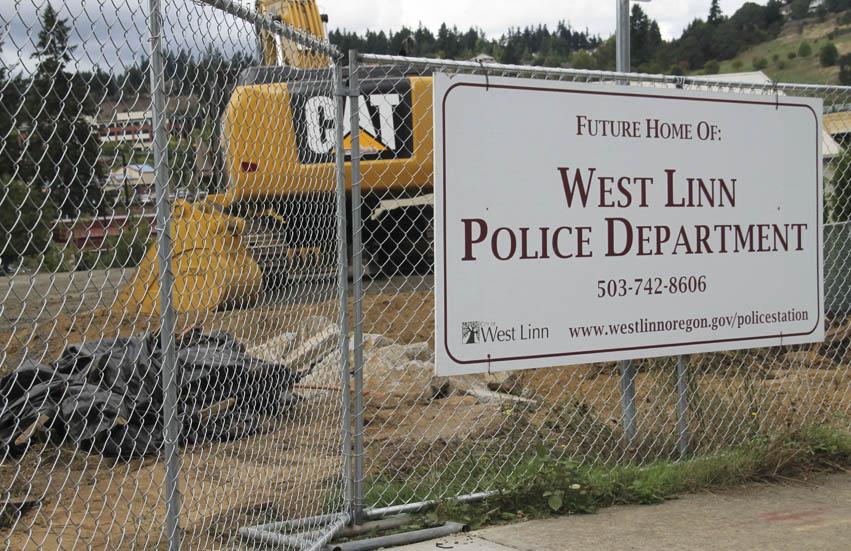 Construction is underway for a new WL police station. A new building was deemed necessary by the city in 2011 due to asbestos in the old structure, built in 1936, as well as being seismically unstable.

The old building wouldn’t have allowed police officers to respond effectively in the event of an earthquake, and was more a hindrance to the officers than a help.

The new building will be located on the corner of Eighth Avenue and 13th Street in Willamette. The construction will take ten months to complete and is led by Todd Construction.

After the bond was passed in 2011, a committee of WL citizens was formed to lay out the plans for the new station. They took into account public opinion, and looked at sites where the station could be built and coordinated with police officers.

“We worked in conjunction to get this station built and to see it where it is now is very rewarding,” Troy Bowers, a member of the planning committee, said.

“It was a difficult process,” Thomas Frank, WL City Councilor, said. “There were very strong requirements for the contractors to follow. We missed the final time window and had to lessen the qualifications.”

The building had to meet Leadership in Energy & Environmental Design requirements, which are a system of rating systems for the design, construction, operation, and maintenance of green buildings, homes and neighborhoods developed by the U.S. Green Building Council. LEED is intended to help building owners and operators find and implement ways to be environmentally responsible and resource-efficient.

The LEED requirements cost too much money, the lowest bid coming in at $5.9 million, $.9 million over budget. The WL Planning Commission rejected all of the bids and had to reduce the stringency of their desired LEED guidelines in order to have the bids come in closer to their budget.  The lowest bid the came in after the new guidelines was Todd Construction’s $5.4 million bid, which the city approved on Feb. 20.

“Around 80-100 people helped get this project to where it is today,” Frank said. “It was really a group effort.”