“Pink Week,” the first WLHS fundraiser of the year, lifts off the ground 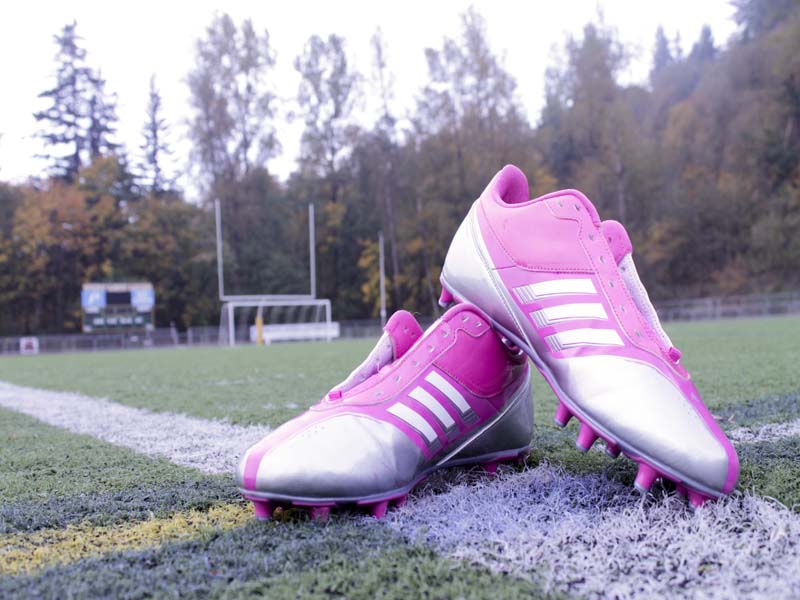 Pink now adorns the halls of West Linn High School as the school’s annual Breast Cancer Awareness campaign shifts into full gear.  From Oct. 21 through Oct. 25, Leadership 2 classes will raise funds for Breast Friends, an organization founded in 2000 for the purpose of assisting people with breast cancer.

In order to raise money from the student body, leadership students will sell “Think Pink” shirts, pink buttons, pink bead necklaces and eyeblacks starting next week.  They may also elect to collect additional funds by placing collection bins in the library and around the school.

The week will build up to Friday, Oct. 25, when a “pink out” home game against Lakeridge High School will be hosted at WLHS.  Crowd members will wear pink attire and football players will sport pink shoelaces, provided by the Associated Student Body.  At the game, a raffle will be offered with prizes sponsored by community businesses.  Final donations will be collected at that game.

“Last year, we did a terrible job of making sure the whole school knew that it was a thing to acknowledge the Breast Cancer Awareness Month of October,” Ciara Wiard, senior and leadership student, said.  Along with Ashley Johnson and Hannah Matthiessen, seniors, Wiard leads the “Pink Week” efforts and fundraiser.  “This year, we wanted to try to make it more well-known around the school, that we actually do raise money to give to breast cancer research,” Wiard said.

In addition, the fundraiser hopes to reach middle school students.  The day before the Oct. 25 game, four students from leadership will visit West Linn-Wilsonville middle schools at lunch to encourage their attendance at the game.  In WLHS, leadership is advocating a class competition, which will measure the amount donated by each class.  Such efforts are being made as part of the push to emphasize breast cancer awareness and improve upon of past years’ fundraisers.

“We’re spending more time on this event than [leadership] kids last year who had a bit too much [else] to do,” Johnson said.  “We just have more time.”

Leadership is trying to change the way that it runs this fundraiser by advertising the game earlier than it had in previous years.  News of “Pink Week” was placed in the WLHS’s “Roar” starting in September rather than October.  Many more posters and flyers about the effort have been distributed around the school and community, according to Matthiessen.

“Pink Week” is closely linked to “Hoops for Hope,” an event that occurs annually in February to benefit breast cancer research.  Students from leadership look at Hoops for Hope as a successful example of a breast cancer fundraiser and as a source of inspiration.

Leadership students are excited to see how the changes to the fundraiser and the greater extent of their efforts will play out next week.

“It’s gonna be a huge thing where everyone in the community’s invited,” Matthiessen said.  “This is something that everyone can participate in.”