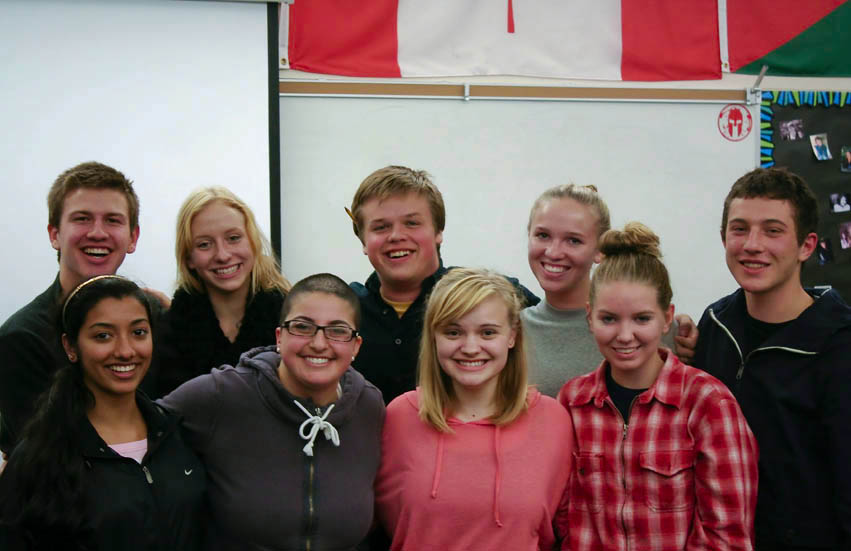 West Linn High School’s Mock Trial Team went 2-2 in competition and ended ahead of 26 of the 40 teams at the invitational in New York City. They had at least one winning ballot (out of three) in every one of their trials, and swept all three ballots in their last competition.

“It was really nice to see teams that were so dedicated and strong, and to see that we can compete against them. We feel a lot more prepared for Regionals now,” Emma Resk, senior, said.

“They had to learn a whole new legal system, so it was impressive how well they did. It was interesting going against the international competition. The person I was cross-examining had an Irish accent and tried to do a Southern American accent, and I couldn’t even understand what she was saying.”

Many teams from all over the world came to New York City to compete, which added a unique flavor to the invitational that can’t be seen at the more local competitions according to Thandri.

“We did well. We weren’t really sure what to expect going into it; when we first got [to New York] we thought we would do a little better than we did, but overall we did well. I’d say we are happy with the results,” Alex Kingsborough, senior, said.

After ending the invitational on a positive note, the team spent a little time exploring New York City.

“We went down to Times Square and toured Manhattan. We also ate out a lot, and were able to try a lot of different restaurants,” Kingsborough said.

Although they were exposed to new experiences both inside and out of the Mock Trial competitions, but at the same time they were happy to be home.

“On the plane ride home from New York, to be honest, I was just sleeping the entire time,” Thandri said. Although Empire was over, the team’s season is really just beginning.

“There isn’t the relief that Mock Trial is over though—we already have our next case. We aren’t done,” Rachel Dawson, junior, said. “Mock Trial never ends.”

With what the team considers some valuable experience under its belt, the Mock Trial team members look forward to another chance to prove its strength in its next major competition at Regionals in the spring.