This drive shows our appreciation for our troops 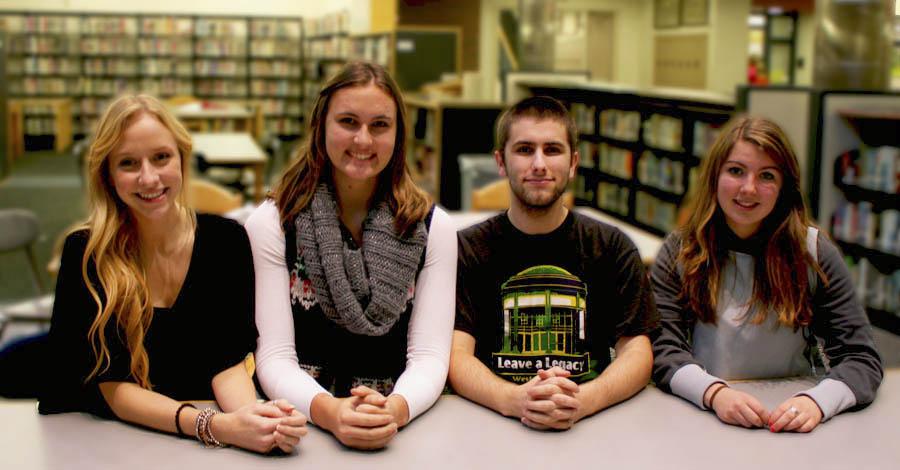 The Red Cross Club holds events to help with community, nation and world problems once a month.  This month the Red Cross Club is preparing for a Letters For Hope Drive. In which, students write letters to soldiers over the winter holidays. These letters may go to wounded soldiers, family members of soldiers and even directly to the soldiers themselves.

“This idea came to us from one of our Red Cross connections at the America Core Volunteer Acossiation,” Shianne Olsen-Kacalek, president of the Red Cross Club, said. “Mostly the Red Cross sends supplies to the military but occasionally they send cards to add a more personal touch and show appreciation.”

According to Olsen-Kacalek, the overall goal is to write as many letters as possible to soldiers around the world. Anything written in the letters has to follow a strict template. The letter must be limited in length and cannot include certain questions, pictures or a return address.

“Most of the letters are letters of thanks or letters of hope to the wounded,” Olsen-Kacalek, said.

The drive is being held community-wide, meaning anyone can attend the one-time only event on Nov. 17from 1 to 4 p.m. at the residence of Olsen-Kacalek.  It is an open house event. RSVP’s are not required and food will be provided.

It is unknown at this time where the letters will be sent, but the club does have an option to track the letters they send.  The letters should be on their way to soldiers around the world by Dec. 6

“This will be a nice surprise for whom ever receives these letters as it lets them know that people care and appreciate them even if they don’t know who they are,” Olsen-Kacalek said.

According to Olsen-Kacalek, the Red Cross Club has done this type of thing before for the victims of the Sandy Hook Elementry Shooting.  Although this was a tragic event it brought many people together to support the familys of those affected in the tragedy.

“It always ends up being a fun event and it brings people together to unite in a common cause,” Olsen-Kacalek, said.

Next month the Red Cross Club will hold a cookie drive to raise awareness for blood drives because close to the holidays people stop donating.