And Speaks to Higher Education Coordinating Commission about proposal. 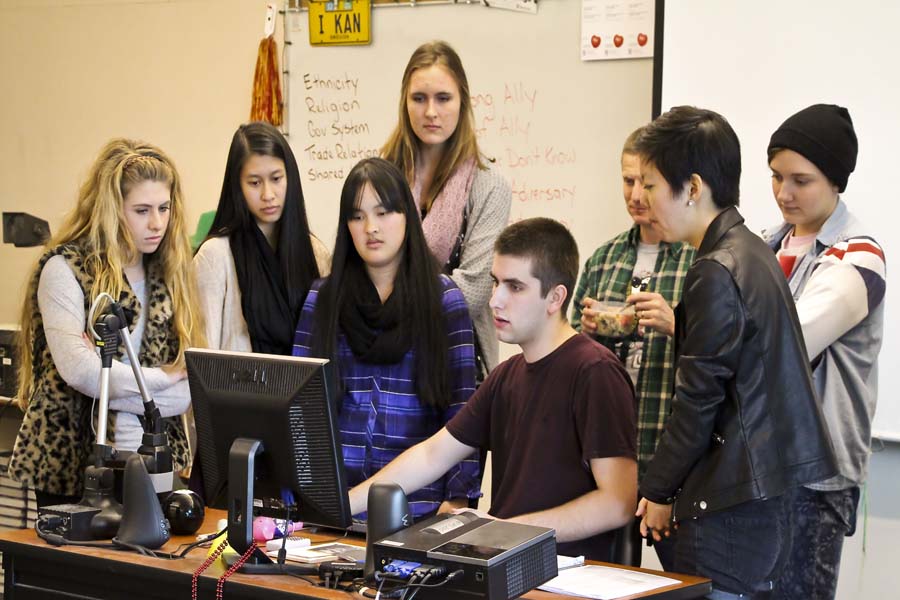 The Lobby Club a student interest group that works on behalf legislation and initiatives that benefit young people whether it has to do with education or voting issues is working to help high school students afford college through a program that has been recently proposed by the Higher Education Coordinating Commission (HECC). HECC is a 14-member volunteer board dedicated to finding the most successful and affordable way for Oregonians to have educational opportunities past the high school level. They are responsible for advising the Legislature, Governor and the Oregon Education Investment Board on higher education policies.

HECC is currently researching a program that will help future college students pay for their education.

“HECC has proposed to pay it forward,” Nathan Weierich, Senior said. “This basically means the state will pay the tuition of Oregonians attending public colleges, but in response once the student has graduated he or she must pay a certain amount of income after they have graduated.”

The Lobby Club is looking to change certain proposals of this as according to them there are many flaws.

“Yale University piloted a similar program in 70s and 80s and also the federal government has a very small but similar loan program” Weierich said. “We have been looking into these different things and discussing the research that we found on those things with HECC.”

On the Feb. 21 the Lobby Club will travel to HECC’s offices in Portland in an attempt to change certain aspects of there proposal.

“There are some parts of the proposal that may create disparity between high and low income earners, so we are hoping to reduce this and make it more favorable to people,” Taylor Harding, Senior said.

The research that the Lobby Club was able to find consisted of the ten most popular jobs for University of Oregon Graduates with income ranging from 42,000 dollars a year to 142,000. For a five year tuition at the University of Oregon the cost is 104,700 dollars. The proposal states that graduates will pay back loans over a 20 to 25 year period and for five years graduates will give 3.75% of their annual income. Only one student was calculated to pay off their debt in a 25 year period for the proposal of HECC according to the Lobby Club.

The Lobby Clubs proposal is that graduates will pay a certain percentage of their income until the entire loan is repaid. For a five year graduate they will need to pay 6% of their income (1.2% of income per year at school) but they may opt to pay more.

HECC’s proposal according to the Lobby Club would never pay for itself and public universities would lose a lot of money because only the high income earns would be able to pay off their debt within 25 years. The Lobby Club’s proposal doesn’t have a set number of ears but it rather calculates how long it would take to an individual to pay their debt completely. It has a set interest rate, but students can opt to pay more. This makes the plan a viable option according to the Lobby Club.

“We chose to peruse this because it affects us and how we will pay for college,” Mayann Kim, senior, said.

What the Lobby Club proposes to HECC on Friday may help many people pay for college in the future.