After an eventful weekend in Wisconsin, the WL Mock Trial team finds success at the national championships 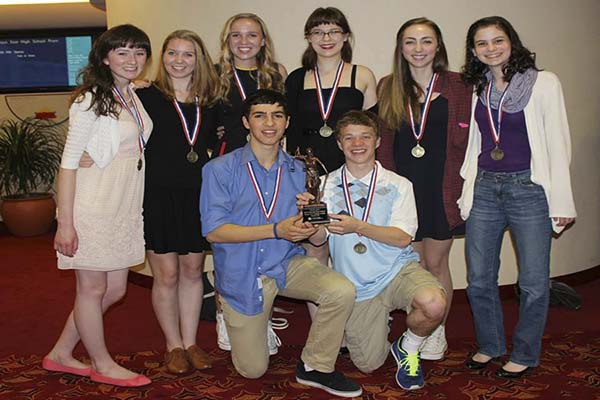 Months of preparation finally paid off for the West Linn Mock Trial team this weekend’s. Grueling courtroom competition at the Nationals Championships. The team placed 7th in the nation.

“It’s pretty impressive for a junior team to come that far,” Matt Kellogg, law teacher and adviser of the team, said. “So we were excited.”

The case was released on April 1, giving the team little over a month to prepare both sides of the argument. Practices were held up to four times a week, often for many hours at a time.

“It took over my life,” Kira Duff, one of two sophomores on the team, said. “Mock is life.”

Duff acted as a witness for her side, a role that takes dedication. Witnesses need to memorize their statements and act the part convincingly.

“It takes some acting skill too,” Duff said.

The team was only one point and one judge away from placing third.

There was no bitterness over their seventh place finish however, as competing against 46 teams, some of which were international winners, was no easy feat.

“Now we can kind of chill out,” Duff said, at the season’s end. Despite their success, the team members looks forward to their next competition and hope to improve even further.