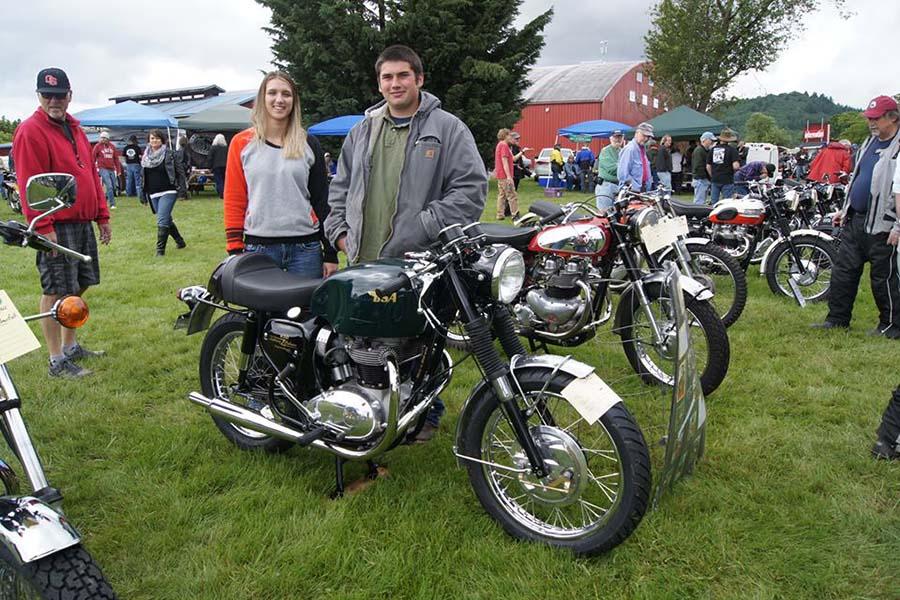 The Mechanical Engineering class brought home two-second place trophies from the Oregon Vintage Motorcyclist show in Corvallis—­­­considered one of the largest annual gatherings of vintage motorcycles in the state.

“The Honda was last year’s project and it was the hardest to rebuild out of the two bikes,” Bingham said. “I have never taken a Honda apart so the class and I both did a lot of learning on this project.”

According to Bingham, the Honda was not finished for last year’s show but they still took fourth place in the Asian category. The class was able to complete it in the fall by adding a few of the finishing touches, such as the placard and the seat.

“It was very hard finding parts for the Honda, even though there are more Honda’s than BSAs,” Bingham said. “The BSAs are more collectable and there is an after market for their parts.”

The BSA was the primary project of the year. According to Bingham it was the easier project, as he is familiar with British bikes and taking them apart.

“The British category is a smaller pool, but it is harder to win as the bikes entered are a lot older and nicer,” Bingham said.

All of the Mechanical Engineering students were involved in the refurbishing of the bike. Some students even specialized in certain areas, which saved time and money according to Bingham.

“Some kids specialized in running the polish wheel and we had someone who was able to lace wheels; something I can’t even do,” Bingham said.

“My most memorable experience was building a rack for the motorcycle and putting in the electrical,” Norr said. “The electrical was hard at first but it became easier as I worked more.”

Bingham hopes to sell the Honda in order to fund next year’s project and to improve the class by involving students more in the building process rather than having students specialize in certain aspects of the bike. He also hopes to teach more theory to the students about mechanical engineering in general.