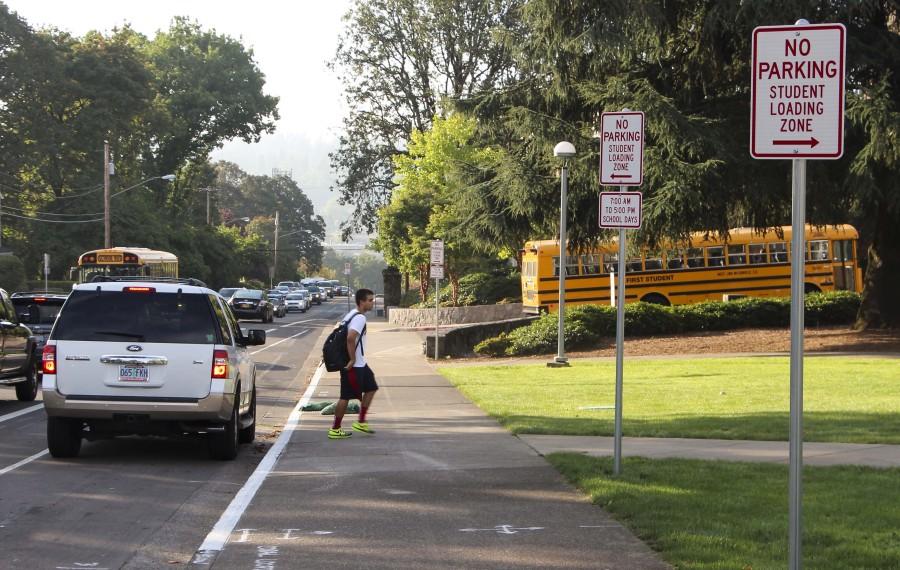 Traffic signs were installed prior to the school year's opening to mark the newly installed students loading and unloading zones. Three sections around the school have been repainted in order to prevent future traffic accidents.

Students who are not able to park in the Senior or Tripp lots were confused Wednesday to find that the parking zones directly in front of the Weight Room and Newlife Ministry were closed. These zones were altered into student loading zones and are part of West Linn High School’s effort to promote traffic safety. Signs, which were installed in August, mark the zones.

Last year and years prior, cars commuting through the school zone were backed up along Skyline Drive and West A Street with parents who were dropping off their students.

“When cars are parking and lining up, our biggest concern is that the students walking across the street aren’t visible to cars,” Kevin Mills, vice principal, said. “We want to eliminate situations where we could have an accident.”

In addition to the installment of the zones along West A Street, lines at the bottom of Skyline Drive were repainted to provide for a student loading zone and to relieve long lines of traffic. In the future, lights may be placed on crosswalk signs in front of the school to alert oncoming traffic of a crossing pedestrian.