Milner Veterinary Hospital opens to the team for fundraising 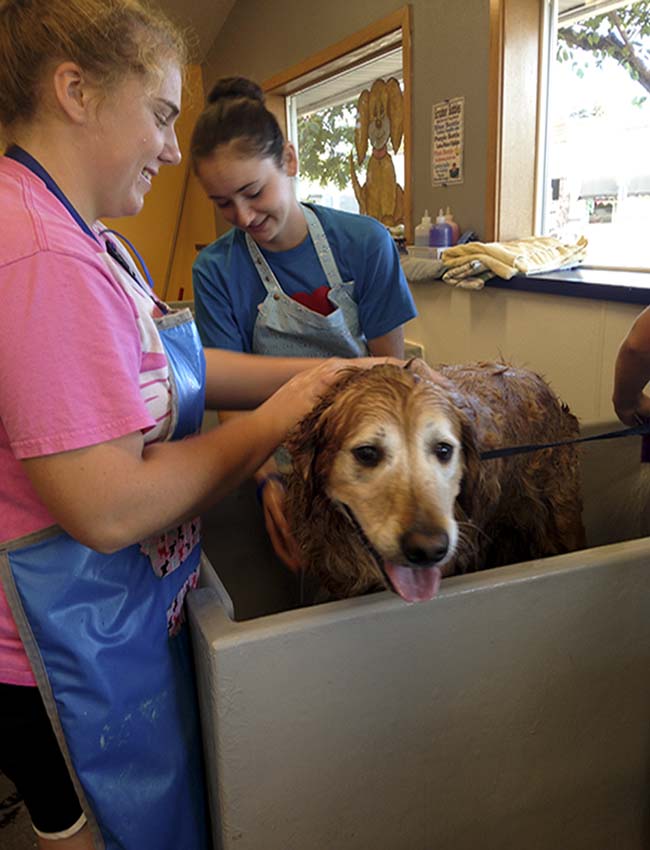 West Linn Girls Golf Team raised approximately 700 dollars at it’s semi-annual dog wash fundraiser on Sept. 20. This fundraiser was headed by Tami Archuleta, parent, and Molly Peters, assistant coach, in order to generate more funds for what can be a costly sport.

The dog wash facility, Milner Veterinary Hospital, is located in Oregon City.  The owners only open the clinic for  fundraising once a month during the school year.

“We were lucky enough to have the contact through the Archuleta family,” Peters said. “We were booked for this weekend two years in advance.”

This fundraiser is the first of many for the team, which plans to put on one event per month until the start of the season in April. Varsity player Amanda Elich, junior, is excited to be fundraising in the fall.

“Girls golf fundraisers are so successful because they get our name out, and show the community the kind of team we are,” Elich said.