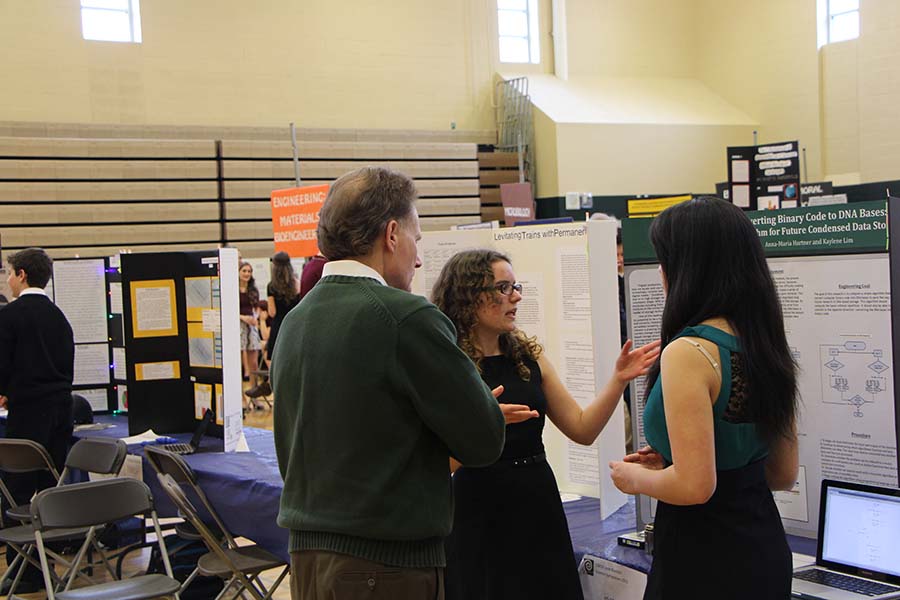 A record-breaking number of 200 West Linn High School students are competing in the International Science and Engineering Fair (ISEF), run by Amy Schauer, fair director, along with many other staff members. And, according to Schauer, the numbers are still growing.

“Students will be competing for scholarships, prizes, etc.,” Schauer said. “ISEF is a great resume builder, especially for college applications.” West Linn students over the past few years have won millions of dollars in scholarship money. Many eager freshman are ready to start developing their ideas and competing for prizes.

“I am currently developing an idea about the relationship between eating disorders and serotonin levels,” Christina Li, freshman, said. “I am really excited about being able to develop my idea and hope that it is a winning project.” As much as scholarships and prizes are fun, Schauer told us what most people get out of ISEF.

“I get lots of cards and notes and e-mails each year that tell me the real benefit that students feel they got from ISEF was the chance to explore their own ideas,” Schauer explains. “To do something that most people would think kids can’t do, and to create new knowledge or a new invention through their own work.  The skills, confidence and satisfaction that gives ISEFers is the thing they keep talking about long after the awards ceremony – the best benefit of all.”

ISEF is affiliated with Intel, a large technology company that sponsors the international fair, which will be held in Pittsburgh, Pennsylvania this year. All West Linn High School students who have signed up for ISEF will be competing in the CREST-Jane Goodall Science Symposium. Some students will advance onto state-level Northwest Science Expo, and three projects and two student observers will advance to Pittsburgh.

“ISEF is a completion, but so many kids do it because of their love of science,” Schauer explained. “Everyone has a good idea that’s worth pursuing, that can be developed in a scientific inquiry or realized through good engineering. Each and every student gets a chance to develop and idea, and pursue it. Some of these ideas might even be award-winning.”

It’s not too late to sign up for ISEF. Projects range from engineering, physics, microbiology and many other types of science that interest you. The CREST-Jane Goodall Science Symposium will be held at Wilsonville High School this year Feb. 26 and Feb. 27. The Northwest Science Expo will be held April 3 and the Intel-ISEF May 10-16.