Breast Cancer awareness to be in full force Friday night 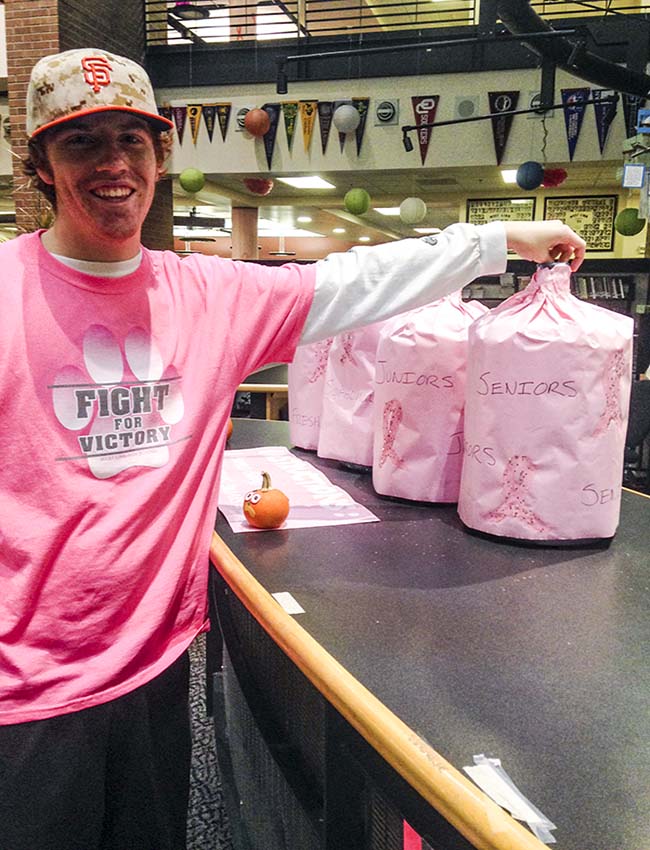 In what has now been deemed an annual tradition, West Linn will have a “pink out” this Friday when the Lions take on Canby in the final home varsity football game. After fourth period on Wednesday, ASB sold  pink t-shirts to students and staff with all the proceeds going to breast cancer awareness funds. Not only will fans be decked out in pink gear, but players will also don pink gloves, laces, towels and wristbands in support of the fight against the disease.

Shirts were sold for $6 to students and $10 to staff. They are encouraged to deck themselves in pink attire for Friday’s game.

The sale of breast cancer awareness clothing is not only happening in West Linn, but in one of the world’s most popular institutions, the National Football League. More attention every year is directed toward breast cancer, and the resulting research has saved lives around the world.

“Each year it gets a little bit bigger which is from a combo of marketing and the Susan G Komen Foundation,” Nancy Monson, science teacher, said.

West Linn does not limit its pink attire to just football in October. Both the boys and girls basketball teams dedicate a night to breast cancer awareness, promoting consciousness for a disease that has affected so many lives.