Ebola in Oregon: what’s the risk?

Travellers monitored for Ebola in the Portland area lead to unwarranted panic. 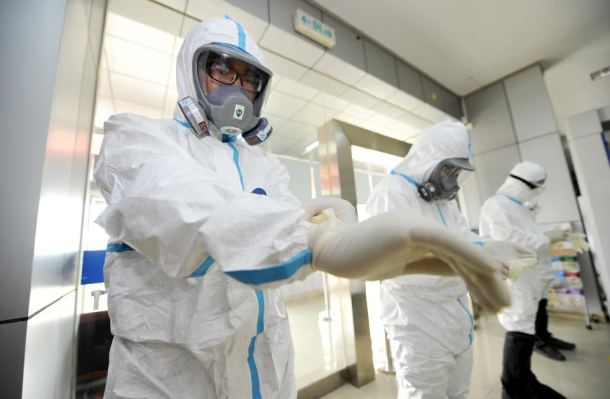 Ebola health-care workers wear hazmat suits to protect themselves from the disease. There is currently no evidence of Ebola in Oregon.

Five people have been monitored for Ebola symptoms in Oregon. None of the persons have shown any signs of Ebola or come in contact with a victim of the disease, but are being watched simply because they have visited affected areas in Africa.

On Friday, a Portland-area woman was hospitalized after returning from Liberia with a fever, causing rumors to quickly spread about an outbreak. However, the woman tested negative for Ebola on Sunday in Providence Health Milwaukie, and was subsequently released.

Since the first case of Ebola was diagnosed in Dallas more than a month ago, there have been three more cases in America. Despite health officials attempting to calm the public, panic about the disease is only spreading.

So for those of us in Portland—those who brag about our pristine drinking water and freak out about traces of non-vegan ingredients in our food—what risks does Ebola pose?

Almost none, according to officials.

“Based on test results and an evaluation of (the Liberian woman)’s clinical condition, I’m pleased to say there are no cases of Ebola in Oregon,” Dr. Paul Lewis, tri-county health officer, said in a news release. “The (Center for Disease Control) has advised us that no further testing is required.”

Governor John Kitzhaber and Oregon hospitals have agreed that there will be no mandatory quarantine for African travelers. Despite other states implementing a quarantine, officials have deemed it unnecessary.

“I want to tell all Oregonians that we have a clear and coordinated response to address the growing Ebola threat,” Kitzhaber said.