Fly to France this Summer 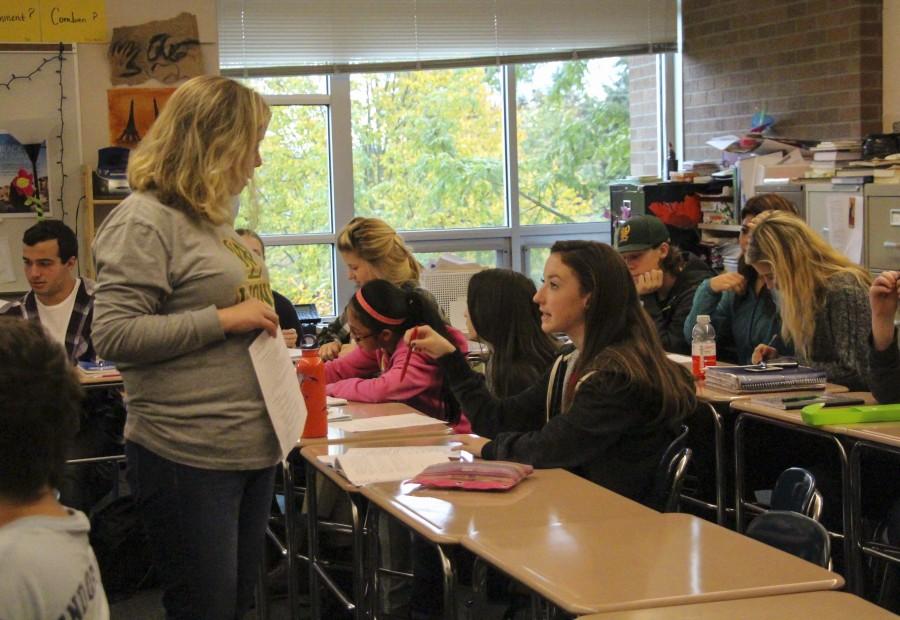 Next summer Erin O’Malley, French teacher, is planning a trip to Nice, France for students to go on. The trip is scheduled for June 18th – June 27th. Students will experience French culture through speaking French and learning how to cook traditional French cuisine in French.

“I chose Nice because it’s a smaller town,” O’Malley said. “Students who go will still get to spend three days in Paris sightseeing.” The trip is being organized by the international education company, EF tours. The company has two different trips to France available, one is to Paris and the other to Nice, in the south of France.

“So far we’ve got eight students signed up,” O’Malley said, “and there is still room for anybody who wants to do it.” She said that there is no limit on how many students can sign up. At the moment the trip is geared towards French students, but O’Malley said that anybody who wants to, has the opportunity to join. One of the students going is Julia Mogen, junior, who is taking French IV this year. She is looking forward to the fact that she will be on a guided tour of Nice.

“I feel there can be an uncertainty when staying with a host family,” Mogen said, “you may not necessarily get along with them and can be stuck with them.” Despite this, they will still meet and interact with French families throughout the trip.

“We’ve had students stay with host families before,” O’Malley said, “some got to experience a lot of stuff and some did not.” O’Malley thought this shorter trip might be a better idea since it focuses on the travel aspect and immersion.

In Nice, the students will go to a language immersion school in the mornings, where there will be a different theme of learning each day. The class is focused on speaking and pronunciation, but also features themes about famous French painters, French cuisine, youth culture and film traditions.

“The great thing about the lessons are that they’re geared to the students level,” O’Malley said, “so nobody is left behind.”

“I appreciate that there is an itinerary with the EF tours trip,” Mogen said. Not only will the students go to immersion school but they will also go on sightseeing trips in and outside Nice. There’s a scavenger hunt around the city, a visit to the Matisse Museum, a walking tour, as well as a cooking lessons on traditional meals. On the students last day in Nice they go to a screening of a classic French movie.

If you’re interested in learning more about the trip talk to Madame O’Malley in classroom B204.