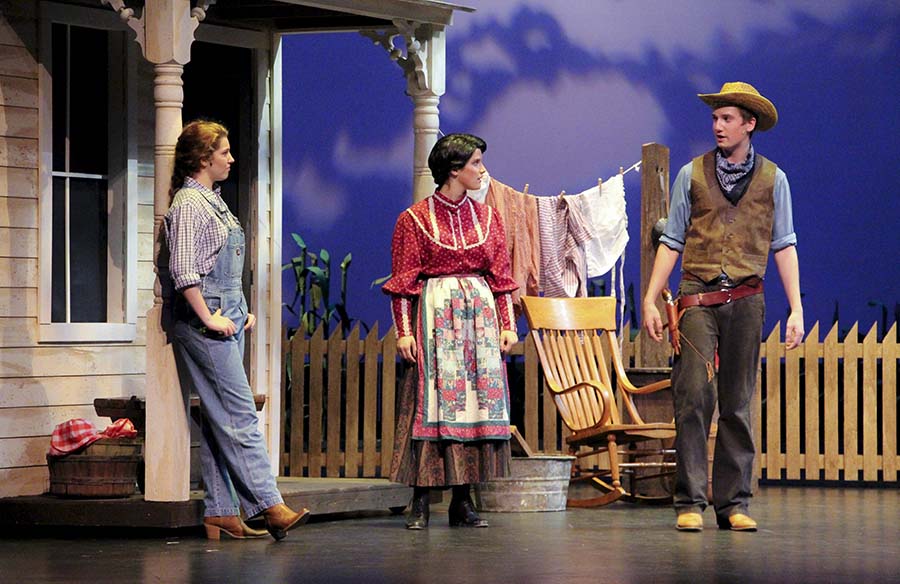 According to Beckingham, the play is a love story. It also gives the audience an idea of what the community and lives of people look like in 1908. “It’s essentially a love story between two characters and making judgments about another person,” Beckingham said.

Mary Gilmour, freshman, also plays a part in the production. “I’ve made lots of closer relationships,” Gilmour said. “Everyone is really close and we have to work as a team. Acting really benefits people and it’s even better that the production is relevant to present day life.”

“I do think people will enjoy Oklahoma very much, because we’ve got a lot of people onstage and I’m really finding the balance between comedic moments and dramatic moments. There’s great songs and great dances,” Beckingham said. “There’s pretty much everything you could want in a musical.”