At the dance competition at Reynolds High School, Debs won first in all three routines 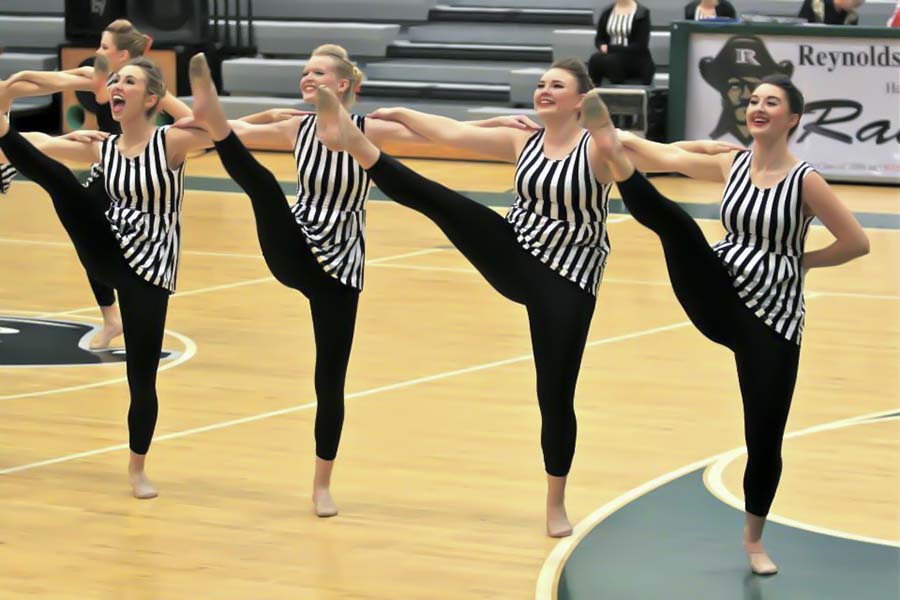 At the most recent high school dance competition at Reynolds High School in Troutdale on Nov. 22, West Linn’s Debutantes took home first place trophies in all three divisions – pom, kick and contemporary. This has been their first clean sweep since 2011.

The Debs rehearse and prepare for competitions, participating in three in the fall season, and four in the winter season. They practice three to four times a week.

“I’m so proud of my team for doing so well,” Cassie Whiteley-Ross, senior and Debs captain, said. “This is the best we have done for our routines so far this year. I love them all and I can’t wait for championships.”

Amanda Wilcox, coach, was equally proud. “They did a phenomenal job at the Reynolds Competition. They performed all three dances beautifully, and beat some very tough competitors,” she said. “The team’s work ethic and technical ability are some of their strengths.”

As well as sharing a mutual love of dance, the Debs help freshmen bond with upperclassmen. “I like a lot of things about being on the Debs,” Skylar Kool, freshman, said. “It’s really fun because I met a lot of new people when I started high school. Everyone on the Debs is really nice, and all the older kids were really welcoming to all the newcomers and freshmen.”

Their next competition is Dec. 6 at Canby High School at 11 a.m. The Debs will then start preparing for their first state competition, usually held around the end of January.