The administrator will depart in July for a position in Seoul, Korea 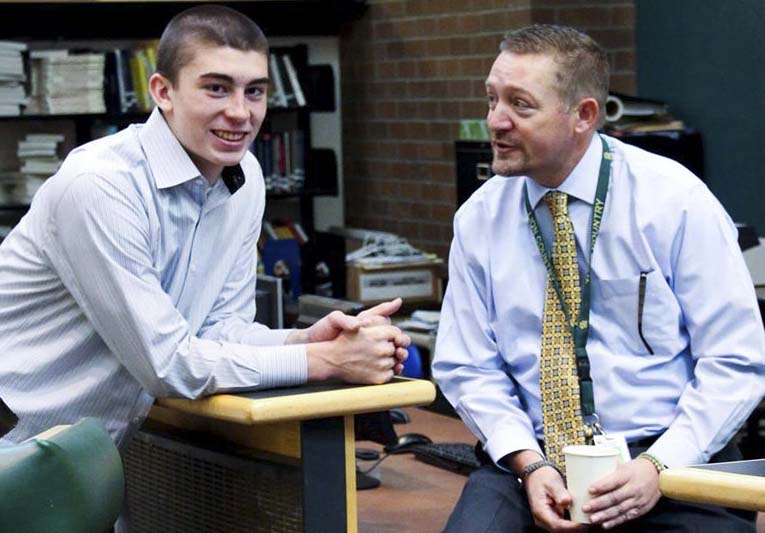 In July, Lou Bailey, principal, will leave West Linn High School to assume an administrative position at the Korea International School in Seoul, Korea. Bailey accepted the position last week. He informed staff and WLHS parents of his decision this morning; district administrators were informed on Monday. “It’s just a good time for me in my career to do something different,” Bailey said. “It just seemed like a great opportunity to work and travel internationally and in a different culture. It’s not a normal move. It’s one of those next challenges in my life as an educator and a leader– one I couldn’t pass up.” Bailey applied for the new position with the intention of diversifying his career, not quitting WLHS. “I thoroughly love everything about the people, the kids, the programs,” Bailey said. “Someone asked me, ‘was it something about this place that you’re mad about?’ There’s nothing about West Linn or the community that has anything to do with why I’m doing it. It’s more a professional, personal next step.” The Korea International School is a private, English-speaking establishment that educates students from the grade school to high school level. Most students, which number nearly 1000, are Korean. According to Bailey, the school has a 100 percent graduation rate and nearly 100 percent of students come to the U.S. for undergraduate education. Most teachers are American, yet there are also Australians, Canadians, Europeans and Koreans. “I’m in a different culture. I gotta learn the Korean cultural norms,” Bailey said. “They don’t have the co-curricular comprehensiveness we have here, which is part of my attraction to WLHS. Very high academic expectations, though, so that environment is the same. The environment won’t be that much different in terms of the academic excellence. I’m gonna go in a different culture. I’m the one out of place. So it’ll be new.” Bailey will miss the ambition of the students, cohesiveness of the staff, and the overall academic environment. “I told the staff today, which was one of the hardest things I’ve had to do,” Bailey said. “No one saw it coming. I’ve said I can retire here; I got the best gigs in the state. I’m hoping the district can find somebody good to keep moving the school to the next level, whatever that is.”