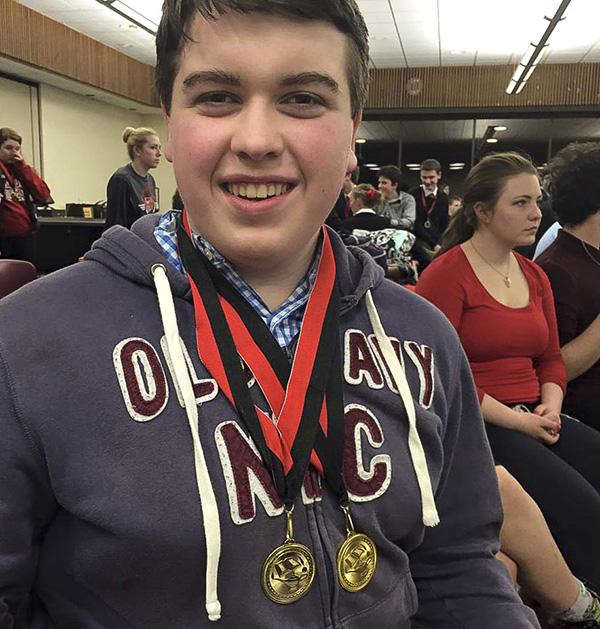 Joe Erickson, junior, displays his first and second place medals. He has qualified to compete in the state tournament.

While many were out celebrating the candy and anatomically incorrect heart-filled holiday, the Speech and Debate team traveled to the concrete fortress of Mt.Hood Community College and came away victorious. Joe Erickson, junior, claimed first in open prose, second in open poetry, which automatically qualified him to compete in the state tournament. Elisabeth Schweitzer, sophomore, finaled in open oratory, placing fifth overall.

“This was such a great tournament.” Erickson said. “A lot of the time the whole tournament everyone just seemed stressed and you spend  the whole time worrying, but this one was super relaxed. Everyone was just having a good time.”

Erickson will advance to state, for thrid year running and has also earned a chance to compete at nationals. Despite his past success, Erickson is not caught up in the past.

“I feel a lot better going into state compared to last year. I’ve really had time to craft these pieces, they’re my babies and I’ve been working with them for months,” he said.

The team will showcase its skills again at the Oregon City High School tournament on March 6 at 8:30 a.m.