No plans yet to reschedule Sadie Hawkins Dance

Out of respect for Cooper Hill and Antonio Caballero, juniors, the dance was cancelled 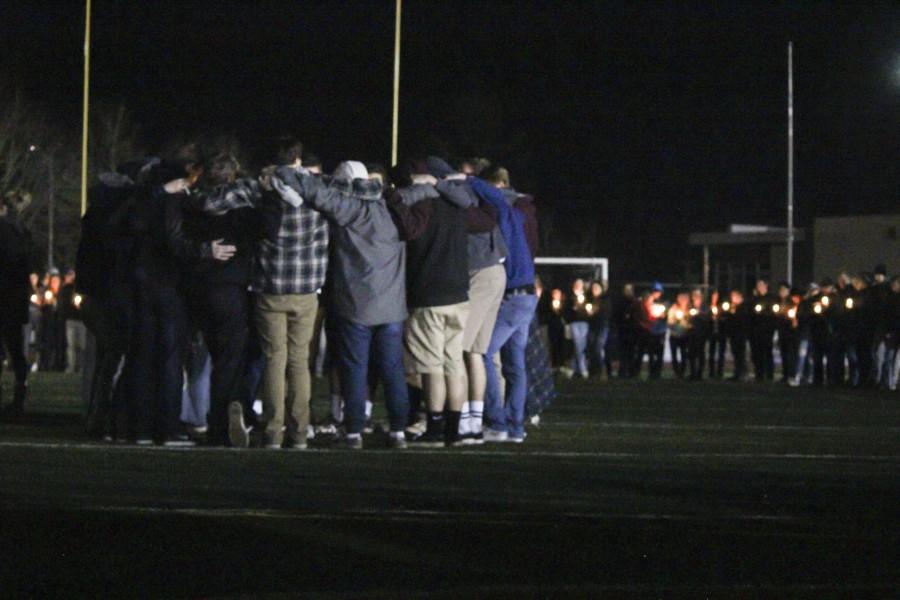 Students at WLHS gathered Saturday night on the football field to mourn the loss of their classmates Cooper Hill and Antonio Caballero, juniors. Sadie Hawkins was cancelled shortly after the news of the accident. Currently no plans are being made to reschedule the dance.

As the weekend of Sadie Hawkins drew nearer, girls at West Linn High School were asking boys to accompany them to the dance. But when students arrived at WLHS this weekend, they instead flocked to the football field to mourn the loss of their classmates, Cooper Hill and Antonio Caballero, juniors, and not to attend the dance. The event was cancelled earlier in the day. “At this moment there are no plans to reschedule the dance,” Annie Kaiser, Associated Student Body Adviser, said, “If you want your money back, you can go to the student store at break or lunch and they will give you your money.”