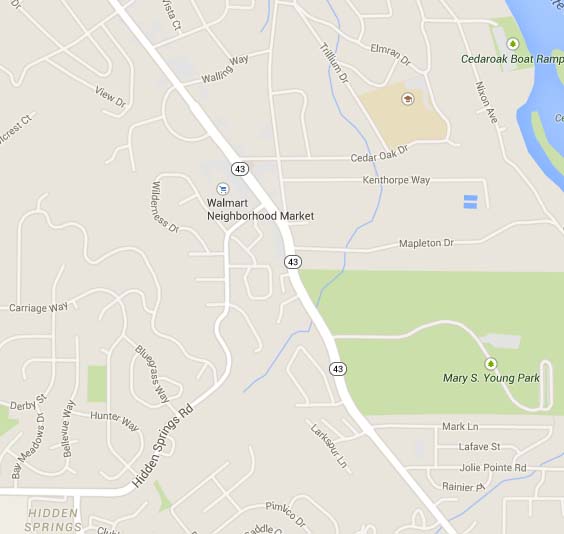 “It reminds me of the time in the movie, ‘Cars’ right after Lightning McQueen paved the road the first time and it was all bumpy when Mater drove on it,” Mallory Mills, junior, said. The construction on Highway 43 is still going on after four months of work.

Construction on the road started in December of 2014 and plans are for it to be completed in late summer according to officials overseeing the construction. In one month, the construction is planned to be over and the pipeline should be fully installed. After the installation of the pipeline it will need to be tested before they can work on what they call “permanent trench patch” which will make the road much smoother.

The construction is due to the Tigard-Lake Oswego water treatment plant. Crews are installing pipelines underneath the road that is designed for the new treatment plan. Crews have been working Sunday through Thursday from 8 p.m. to 5 a.m. cutting the pavement and installing the pipeline.

“Why is 43 the most worked on highway but it still has craters bigger than the Grand Canyon?” Jack Free, junior, said.

With the ongoing construction, officials are asking for patience until the construction is over.

“The road is so frustrating to drive on because there’s so many dumb holes that jerk your car around and then the steel plates come out of nowhere, it just aggravates me,” Lewis Mcloughlin, senior, said.