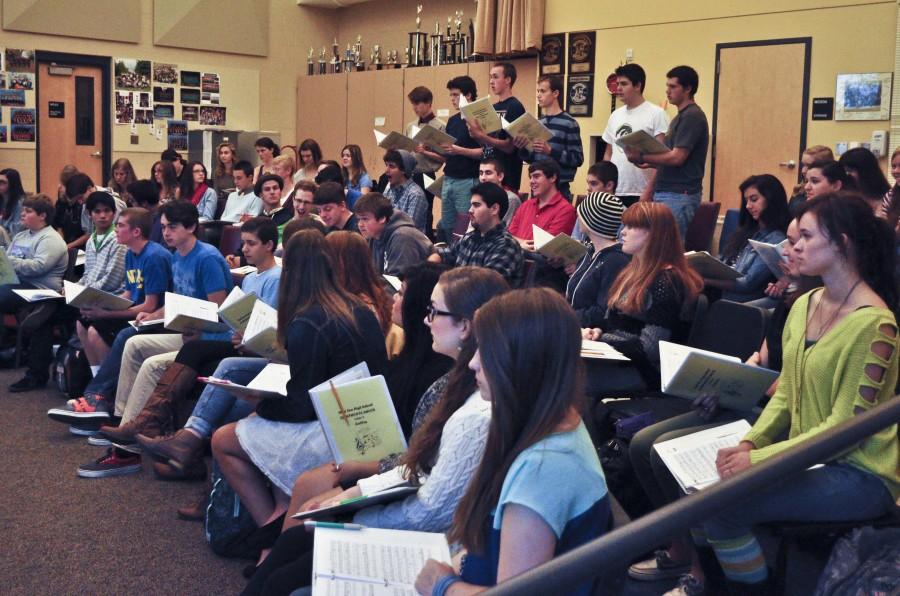 The West Linn High School has advanced to the state choir competition after placing at the Three Rivers League State Qualifying Choir Festival. The students in Symphonic Choir practice in class and at home to prepare for their performances.

Each choir was required to exemplify certain strengths for the judges to score. These include being able to sing a foreign language, perform multiple genres of music, as well as the overall performance of the songs. The WLHS choir sang in genres dating back to the 17th Century and the late 18th Century to a more modern Bollywood song.

“I am confident that the choir will perform very well against other choirs,” she said before the competition. Their most challenging competitors are Lakeridge, St. Mary’s and Canby choirs.

“The Canby choir has a very different sound,” Fontana said. They have so many kids, so listening to them perform is like being hit with a wall of sound.

Although Symphonic Choir is a class, students are expected to practice on their own time for at least an hour each week. This will help to maintain their voices for the three competitions, around ten performances expected each year, and the high-stake state competition.