Marijuana-infused edibles to be banned in Oregon

Cannabis foods put on hold in the recreational pot market 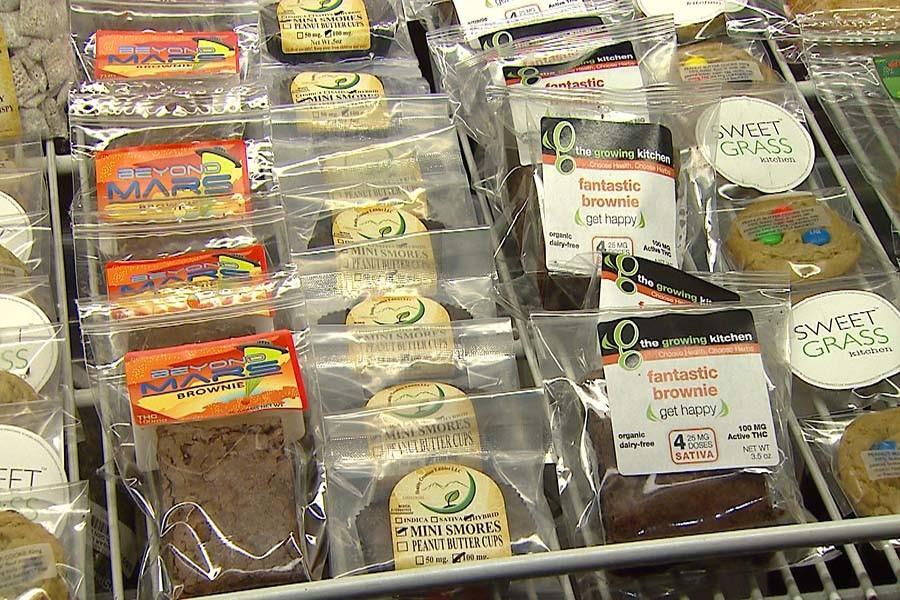 Oregon’s regulated recreational pot market is expected to be opened sometime in the summer of 2015. However, cannabis-infused consumables may be denied sale until 2017, due to packaging and dosage issues.

Oregon regulators have been working on finding a way to safely craft a recreational marijuana program. Regulators have recently asked lawmakers for an extra year before legalizing edibles to figure out the best approach for these pot-infused items laced with Tetrahydrocannabinol.

Oregon’s regulated, recreational pot market is expected to be put in motion sometime this summer. However cannabis-infused consumables may be denied sale until 2017.

“This makes sense, given that I’ve seen foods laced with marijuana in the grocery stores in Washington and Colorado,” Madison Montgomery, junior, said. “This might create problems for children.”

On April 1, the Oregon Liquor Control Commission requested the Oregon Legislature for the authority to delay the licensing and manufacturing of recreational marijuana edibles. Although lawmakers haven’t taken action on the request, this would allow the OLCC to implement and later regulate the voter-approved Measure 91. This measure controls the distribution and sale of recreational marijuana.

The commission has asked the Oregon Health Authority (OHA) to provide a panel of public health and medical experts to examine the issue concerning serving sizes of THC in recreational produce. In the meantime, people have grown increasingly uncomfortable due to Measure 91.

“Marijuana is a drug,” Gillian White, junior, said. “People aren’t the same when they’re on it.”

Colorado and Washington have established the recommended serving size of THC to be approximately 10 milligrams for each edible sale. However, Oregon’s health officials want more information before establishing a dose limit.

Currently Oregon’s Health  Authority does not limit the potency of THC in the sale of medical cannabis. According to the Oregon Legislature, patients who require the constant supply of medical marijuana should not be restricted to a THC limit in cannabis edibles.

The issue also raises concern when it comes to the actual form of the product. Currently among medical distributors, the packaging of edible cannabis forms are prohibited from appearing colorful or from appealing to children. In the increasing pot market, the same rule may apply to recreational cannabis.

“If this is going to become legal in the state of Oregon, I believe we should at least pose some sort of tax to discourage the use,” White said.

The OLCC outlined a range of issues it must confront as it drafts rules for the recreational marijuana industry. Issues concerning labels, doses and serving size are just some of the problems to take into consideration before the recreational industry can be set into motion.

“The law isn’t really the problem,” White said, “People are going to do it whether or not it’s legal.”