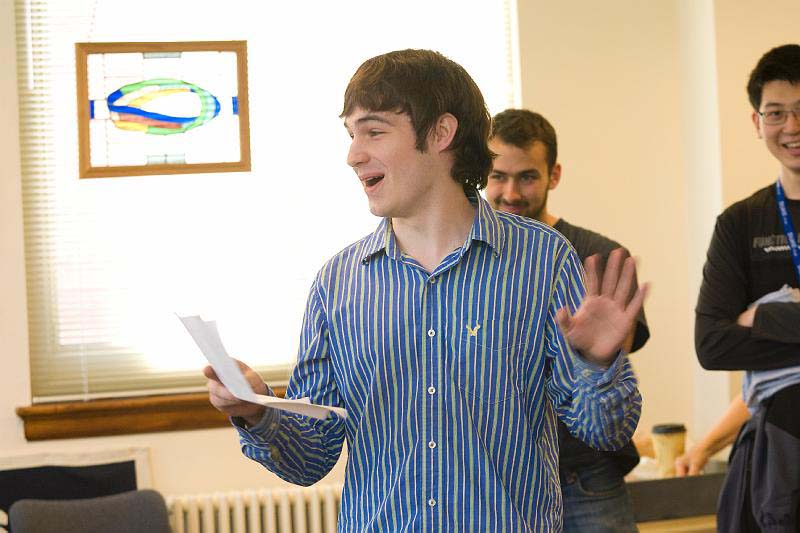 Former WLHS student Matt Rognlie, Class of 2006 grabs the attention of scholars and professors after bringing attention to a crucial oversight in a popular economics theory. Next year, he’ll graduate from Massachusetts Institute of Technology and hopefully study at a research institute.

On a typical night, Matt Rognlie, Class of 2006, a 27-year-old Massachusetts Institute of Technology grad student, will study until 4 a.m. writing research papers and reading about economics. One night, he decided to stay up and type a 459-word comment on the popular economics blog, “Marginal Revolution” which challenged the best-selling economics book “Capital in the Twenty-First Century” by Thomas Picketty. The comment stated that Picketty missed a “subtle but absolutely crucial point.” Since then, Rognlie has spun his comment into a 23-page paper and was given the opportunity to present it in front of the Brookings Institution.

“He was the most gifted student I ever had in debate,” Kellogg said. “Anything he brought up in class, he had the data, facts and papers to back it up.”

As a sophomore, Rognlie jumped straight into advanced placement chemistry and physics, without any prior knowledge. During this time, he felt discouraged but after realizing this, he overcame it and was successfully able to enjoy both subjects.

“The way around that, I think, was always to remember that no single part of a course could really be inaccessible,” Rognlie said.

His journey in economics kicked off at the end of his senior year. Until then, he had considered majoring in math or physics, not economy. But after reading up some papers online, he realized it hit the sweet spot of all his interests and he began pursuing a profession in the field. Soon, he was accepted to Duke University with a full ride and later was accepted to MIT for his graduate degree.

“It was both very interesting to me and a pretty good fit the skills I brought in,” Rognlie said. “A mix of math and technical skills and more general interests in current events without any very strong concentration in either.”

Now, Rognlie describes his daily life as consisting of revising papers, working on math for his research papers, brainstorming new ideas and assisting in teaching graduate students. So far, being on the other side of the table has been nothing but enjoyable. t’s a very, very effective way to learn and get a clearer understanding of whatever material you’re teaching.

In the future, Rognlie plans to earn his PhD and progress his studies to a research department. Eventually down the road, he might become a professor.