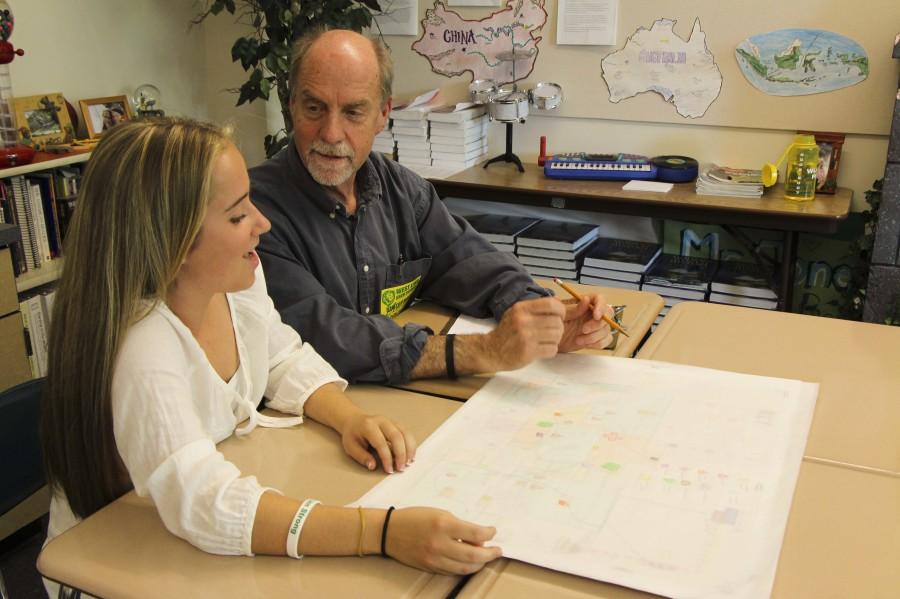 West Linn’s newly appointed mayor, Russ Axelrod, along with the city council paid a visit to West Linn High School Tue May 26 during Todd Jones, social studies teacher, second period AP Government class to give advice on the concept of central city planning. Axelrod has a direct WLHS connection as his daughters Emily, class of 2012, and Erin, class of 2008, were students here.

After his victory in the recent West Linn mayoral election, he will replace John Kovash, current mayor, who resigned two years early. He credited Kovash with the establishment of a new and improved police station.

“I feel deeply humbled to represent such a wonderful community,” Axelrod said. “I’m looking forward to providing new ideas for our community.”

Educating students about the restoration in the infrastructure of West Linn parks and trails, Axelrod disapproves of the current community-based planning and seeks to improve it. In addition, he believes that the communication between the the citizens and the council should be improved.

“I’m not comfortable with West Linn’s current council based planning,” Axelrod said. “I also think we could expand the council’s engagement  with the citizens.”

AP Government students learned from Axelrod and the West Linn city council that the responsibility of the mayor has many intricate duties. However, Axelrod emphasized what the community can do for the council.

“My responsibility is to recognize and carry out our policies and goals, but it’s also the duty of West Linn to tell us and communicate their needs so that we can deliver,” Axelrod said. “ I want to serve West Linn; not control it.”

Although Axelrod’s term as city councilor was brief beginning back in Jan, he feels humbled to be West Linn’s mayor and, in addition, wants the people of West Linn to know that he will do the best of his ability in running the city.

“I want the people to recognize that I’m a very nice and approachable guy,” Axelrod said. “I love the people of West Linn and I want them to know my door is always open.”

After his visit to WLHS he intended to make a general statement to the school seeing that they are the future of West Linn.

“Follow your heart and passion, learn as much as you can and love one another,” Axelrod said. “Also it’s important to contribute to community every once and a while.”