Megathrust to pack a punch on the Northwest 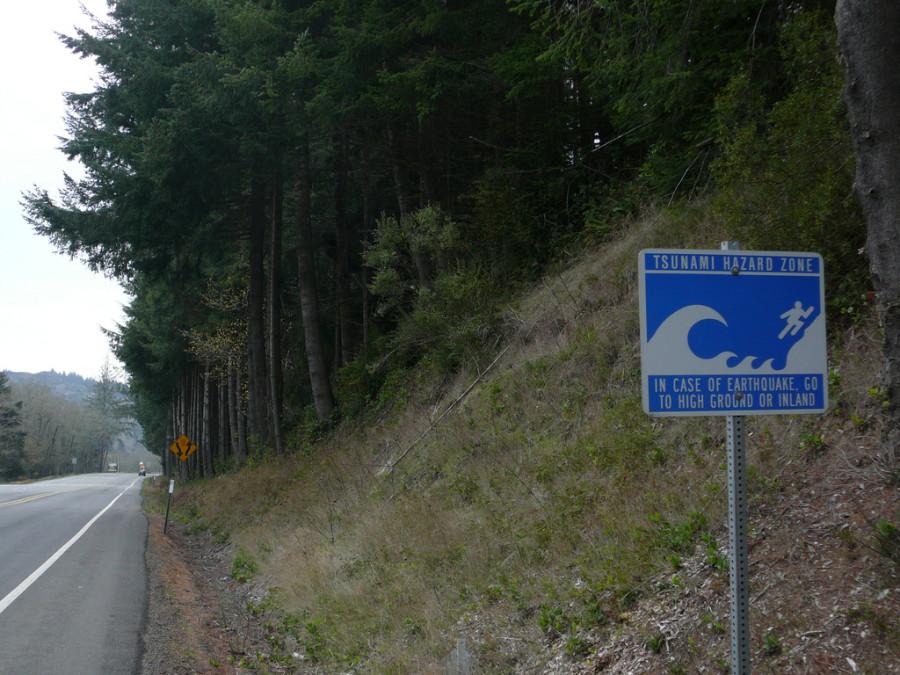 The Northwest is due for a 9.0 earthquake and tsunami on the coast. The Megathrust could happen tomorrow or in the next 300 years, but either way, people in West Linn should prepare for the worst.

Sirens wail as waves reach up to 100 feet, roadways split and the loss of all utilities from homes seems like the plot of a disaster movie, but for the Northwest, it will become reality.

The Pacific Northwest’s approximate 625 mile subduction zone, Cascadia, located in between the North American and Juan De Fuca plates, is due to cause a 9.0 multitude earthquake in states along the west coast. The last megathrust earthquake caused by the Cascadia zone was in 1700 nearly 320 years ago, setting up a perfect window for the next shift in tectonic plates.

Jim Hartmann, geology and science teacher, at WLHS repeatedly tells his students to create a Megathrust survival kit stocked full of fresh water, a first aid kit and preservable food. Due to the earthquake and tsunami, people will lose electricity, gas and possibly water. Stocking batteries and water purifying tablets is recommend.

“Since most scientists think it’s somewhere like a 30 percent chance [that the Megathrust will happen] in the next 50 years,” Hartmann said. “It’s a big enough risk that you should be ready.”

While the earthquake might not happen for another 100, 200, or even 300 years, it’s important to inform your loved ones and educate others around you.

Sam Neverick, Class of 2011 and Hartmann’s former student, learned about the Megathrust in geology her junior year. As an environmental science and biology major at Humboldt State University in California, the topic of the earthquake comes up regularly.

“I try and spread the word to anyone I am able to have conversation with,” she said. “Due to my major and where I live it comes up perhaps more often than expected.”

Her advice is to create a plan so you will not be as shocked and helpless when it occurs.

While it will cause faulty buildings and bridges to collapse around Portland and even West Linn, the Pacific coast will be hit the hardest.

“If you’re at the coast, be ready to evacuate vertically,” Hartmann said. “Be ready to get high.”

Go to Ready.gov to find instructions on creating a survival kit/plan.