Four WLHS students fly to Pittsburgh, Penn. to present their projects to a worldwide audience 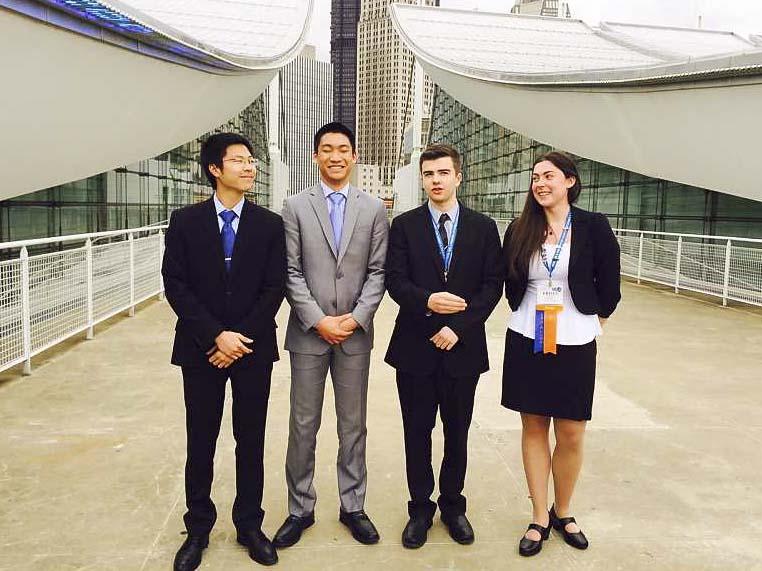 “All of them had a rewarding week, but we also brought home some nice international awards,” Amy Schauer, ISEF district coordinator said. “Overall, Team Oregon students were recognized about 17 times during the two awards ceremonies.”

The first two days there were scheduled with activities that included speaking to Nobel Prize laureates, dance parties, and meeting new people from over 75 different countries.

“The fun part about internationals is that it’s not just about the competition,” Wurscher said. “It’s about meeting new people from around the world and exchanging ideas.” After the planned activities, students were expected to go back to their posters and practice for judging day.

On the third day, judging began and the competition officially commenced. Students shared and introduced their projects to scientists, professors and specialists. Miller presented his award-winning project, treating Legionnaire’s Disease to several judges.

“I researched Legionnaire’s Disease and I wanted to find a constant agent of the disease,” Miller said. “We can design antibiotics from that which would help make the disease not so dangerous.” After the judging session came to a close, award ceremonies followed the next day.

“The whole trip was very fun.” Miller said. “I got a lot of opportunities and I was able to check out different cultures.”