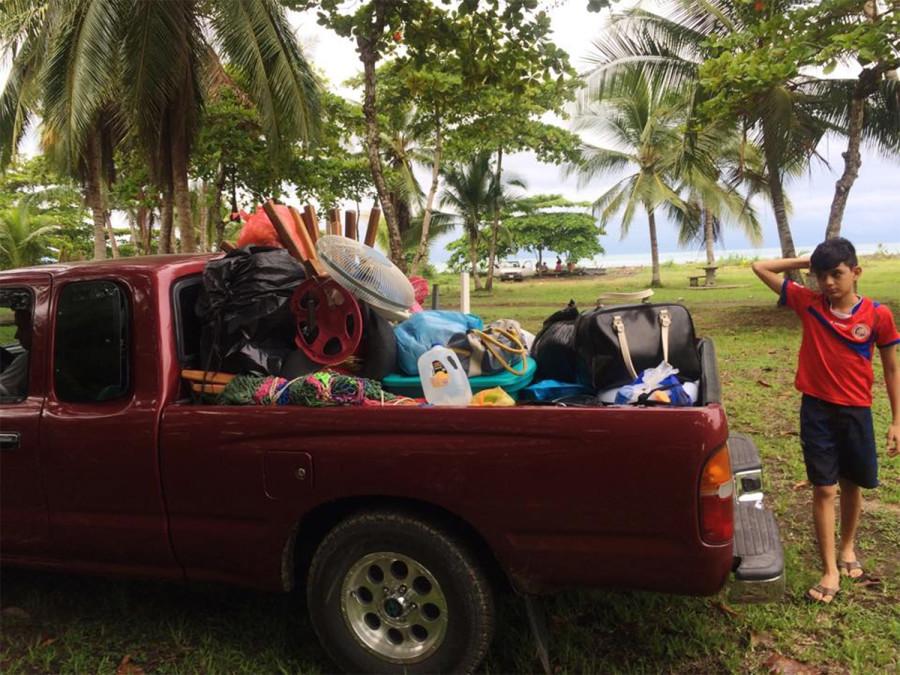 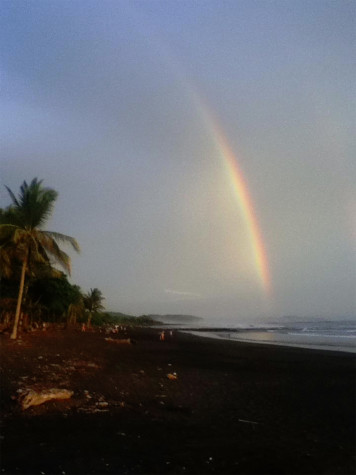 Waking up to the sounds of waves crashing in Guanacaste, Costa Rica, Beth Hoots, junior, felt like she was in paradise.

“It was absolutely beautiful,” Hoots said. “I was with a family right on the beach for the first part of trip, it was amazing. My host mom showed me a garden at their house that was just full of butterflies. They were not shy at all and let me get really close to them.” Living with another family who doesn’t speak the same language as you might seem terrifying to most, but for Hoots it was an adventure. Below, Hoots sits with her host sister, Skarleth Sanchez, who she says is now closer to her than any biological sister. 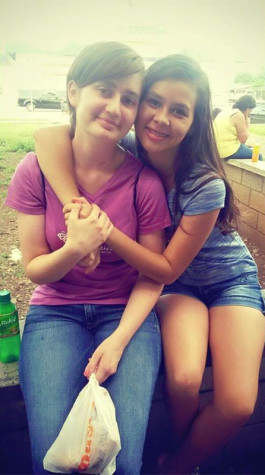 “It was a really fun trip,” Hoots said. “Skarleth and I didn’t get along at first. It was hard to communicate, but then we went to the beach. We hung out and played in the water. We started making jokes and we bonded. Skarleth and I were really close after that.” 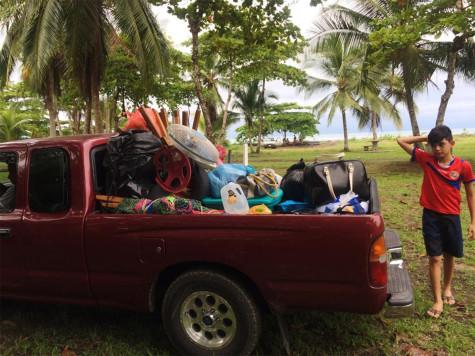 Everything from rice cookers, to blow up mattresses were crammed into the bed of this village boy’s truck. Ellery Ross, junior, had the opportunity to catch a ride on the back to a beach in Southern Costa Rica.

“We woke up at five in the morning to go to the beach, I got up and saw two red trucks outside filled with stuff,” Ross said. “There were 15 of us total, we all somehow fit into all these trucks. I was sitting in the bed of one truck with all the other kids.”

“When we got to the beach, there were a few small cabanas on the beach that we were all going to stay in. We slept on the beds at the cabanas or on the blow up mattresses. It was a crazy experience, but it was so much fun and the beach was really nice.” 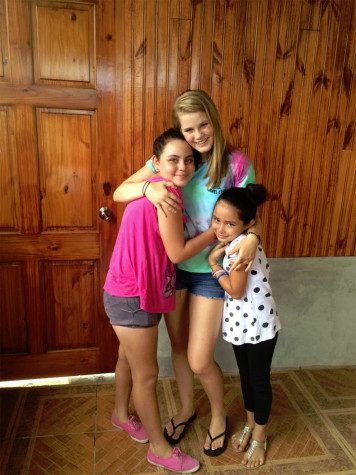 Ross was able to communicate easily with her first host family. She bonded quickly with her two host sisters, Moserrath Hernandez Arroyo and Monica Hernandez.

“It was so much fun,” Ross said. “It was a really great experience. It was really pretty there and I just loved it.”

Attending school in the summer might be a nightmare for most students, but not for Dillon Stoneking, senior. Stoneking went to Naranjo, Costa Rica as an exchange student and attended the school Colegio Candelaria with his host brother, Alejandro Barrantes Herrera.

“Everyday that I went to school, I learned a new bad word in Spanish,” Stoneking said.  “I had a great time.”