A green day for a greener Oregon

What we need to know about recreational cannabis in Oregon 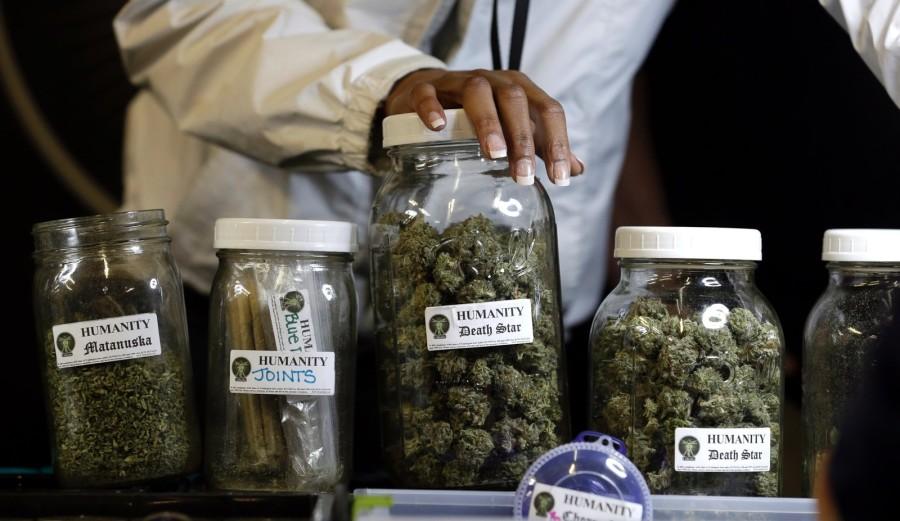 Oregon sales in recreational pot have claimed an estimated $11 million in total transactions not meeting the financial projections for the revenue impact which was estimated to be between $13.1 and $19.4 million, underscoring Oregon potential for the non-medical cannabis market.

Within in the first week Oregon sales of recreational marijuana have claimed to an estimated $11 million in total transactions. As exaggerated as it seems, this did not meet the financial projections for the revenue impact which was estimated to be between $13.1 and $19.4 million, undershooting the potential for Ore. recreational cannabis market.

doubling the amount Colorado and Washington sold in their first week of legalization combined.

“This isn’t that surprising,” Nicole Haye, senior, said. “Oregon tends to be more liberal than the previous states that legalized recreational marijuana.”

Although it doesn’t stop there, recreational cannabis sales continue to skyrocket in Ore. at an impressive rate. This baffles ORCA as only specific forms of recreational cannabis are legal in Ore. discluding edibles, dabs and tropicals, which are to become legal if Ore. proves to be a legitimate and responsible market for advocated cannabis.

However the question still lies unanswered about Oregonians massive interest in recreational cannabis compared to neighboring legalized states. What has driven Ore. to be the the biggest cannabis market in the US?

“It’s surprising that we’ve gotten this far,” Maddison Montgomery, senior, said. “I didn’t think we could.”

It all seems too unreal as Oregonians have only recently become familiar with legalization in the last two weeks, but since then it has become an easy situation to adapt to.

Nothing quite like this has ever surfaced in modern countries, especially the US. The idea of a recreational drug that has no purpose but for just the amusement and pleasure of consumers. Even prescription or over-the-counter medicines are not without purpose to relieve or calm the symptoms of a certain pain or disability.

Some disagree, however, interpreting the idea of alcohol no different than that of any other product.

“Recreational Marijuana is no different than alcohol or cigarettes for that matter,” Haye said. “They all are used in satisfaction without a medical cause to begin with.”

So why do people tend not to associate recreational cannabis with other, more common, forms of legal addictive drugs? Some may argue that marijuana affects the body in a stronger way than any other legal form of substance. However that notion has since been dismissed as it has been scientifically proven to take at least 40,000 times the dosage of THC that would begin to affect the human body before THC levels become lethal. Not nearly as effective as alcohol or nicotine has on the human body.

Oregon has, in response, enacted measures to help control the state’s cannabis market to provide a more comfortable sense of social security.

As of July 1, 2015 the “Oregon Liquor Control Commission” inlawed measure 91, allowing state residents to grow limited amounts of personal cannabis on owned property for personal use. This prohibits the sale of any recreational cannabis by all vendors, legal or not. As of Oct. 1, the OLCC enacted a following measure permitting applicable license for legal vendors to sell and manufacture leaf based cannabis but still prohibits the sale of edibles, dabs or tropicals and sales by illegitimate vendors. In addition the cannabis market has been responsibility of the “Oregon Health Authority” to regulate and control legal product and transactions.

Today the sale of medical marijuana is still lawful in Ore. and 22 other states to insure effective distribution to the community of users in need of the product for medical issues.