Why prayers aren’t enough for San Bernardino: the scope of mass shootings in the USA 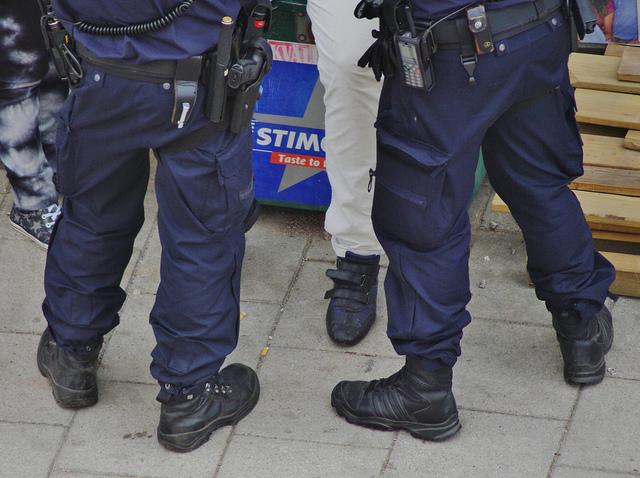 At least fourteen people were killed at a shooting on Dec. 2 in San Bernardino. The story sounds all too familiar for Americans. Two gunman, Syed Farook, 28, and Tashfeen Malik, 27, entered a public facility where Farook worked, firing at residents and employees until the horrific scene ended in a shootout with police.

This shooting differs from most in that the shooter might have a personal motive and there were two perpetrators, one female, but the results are the same: a broken community, destroyed lives, and the same cyclical argument about gun control that seems to lead nowhere.

The story is even more sickening for Oregonians, for whom the Umpqua Community College shooting in October and Clackamas mall shooting of 2012 are still fresh in our minds.

Was it only three years ago that 70 people were injured and 12 killed in a shooting during a midnight premiere of “The Dark Knight Rises”? And the same year that 26 children and staff were killed at Sandy Hook Elementary School?

In 2013 a former Navy contractor killed 12 workers in a Washington Navy Yard. A gunman at Ft. Hood injured 16 and killed three in 2014. Later that year, six were killed in a meticulously planned attack in Isla Vista, California, near USCB. On June 16, 2015, nine were shot dead by Dylann Roof at a historically black church in Charleston. Less than four months ago, two journalists were killed on-air by a disgruntled former colleague. And now, San Bernardino.

These incidents represent a tiny fraction of gun violence in the United States. According to a study by the FBI, mass shootings described as “individuals actively engaged in killing or attempting to kill people in populated areas” occur about once a month. If a mass shooting is described solely as an incident in which four or more people are killed, the rate spikes to one every two weeks. This number doesn’t factor in incidents like the nightclub shooting in 2012 by Travis Steed, in which 18 people were shot and miraculously only one died.The scope of mass shootings in the United States is far, far larger than what is reported in the media.

After the Umpqua Community college shooting on Oct. 1, a clearly exhausted President Obama delivered a speech, “As I said just a few months ago, and I said a few months before that, and I said each time we see one of these mass shootings, our thoughts and prayers are not enough.” This was the eleventh speech he has given during his terms as president following a mass shooting. His speech following the San Bernardino shooting marks number twelve.

While Obama hopes to implement stricter gun control laws, Republican presidential front-runner Donald Trump took Umpqua College’s tragedy as an opportunity to endorse wider gun ownership. “I tell you, if you had a couple of the teachers or someone with guns in that room, you would have been a hell of a lot better off,” Trump said to a crowd during a campaign stop in Franklin, Tennessee on Oct. 3. As it turns out there was a student, John Parker Jr., carrying a concealed weapon during the shooting. But by the time Parker was aware of the situation a SWAT team had already responded and he feared shooting over concern that he’d be mistaken for a “bad guy.”

Are there really Americans who believe the answer to uncontrollable gun violence is more guns? That the only way to prevent shootings is for every student to be armed? Apparently so.

In light of recent events, high schools around the country are making sure they’re prepared for any threats. In October at West Linn High School, a group of police officers were seen touring the grounds in order to “familiarize themselves with the campus,” Officer Bunch, campus police officer, said.

Although the idea of violence seems unlikely in our town, it’s best to be prepared for any scenario. To minimize the amount of strangers who enter our school, all outer doors are locked past 8:35 a.m. every day, besides those necessary for students to get to and from class. Last year when a stranger attempted to enter the school, he was immediately identified by office staff as someone who did not belong here and confronted.

“He was noticed right away because he came in through the front doors,” Officer Bunch said. “He was just some guy off the street, we don’t know if he was dangerous or not, but people aren’t allowed to just walk around the school during the day. He was chased out of the building and then tried to tell me it was okay for him to be here because he was ‘walking around CCC last week.’ I told him that was great, but this is a closed campus during the school day, and he needed to leave.”

WLHS has a strict no weapons policy and takes a no-tolerance attitude to any threats. But why should students, who attend school expecting a safe environment to learn, even worry about violence?

“To me, it’s absolutely disgusting that nothing has been done on a large scale to stop these kinds of things,” Ann Breyne, photo and Language Arts teacher at WLHS, said. Since the shooting at Roseburg, Breyne has donated to various pro-gun control legislation groups as well as funds for the victims of Roseburg. “How many times will this happen? How close does it have to hit home for us to do something?”

Research has showed that more gun control leads to less shootings – Britain has some of the strictest gun regulations in the world and consequently only one mass shooting between 2000 and 2014, according to a study by the Wall Street Journal. In that time, the USA had 166. Most of our mass shooters obtained their weapons legally, even those with previous mental issues.

The time to end mass shootings is now; we can’t allow extremists or uninformed 2nd Amendment-Rights-Waivers to stall the discussion any longer. The gun culture in the United States is outdated, harmful, and needs to change – for the sake of our children, our coworkers, and our students.