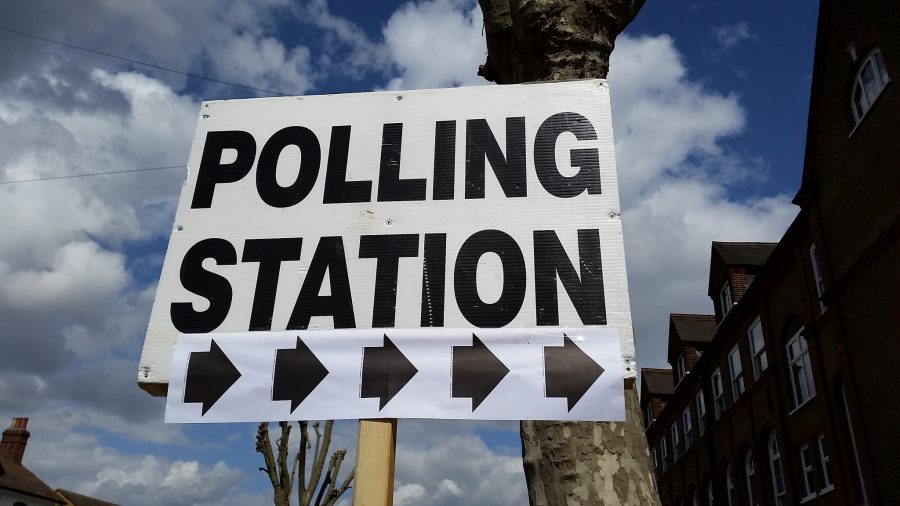 Every four years, it seems we’re flooded with a tsunami of data and statistics, as the latest and greatest in presidential prediction technology are wheeled out. But let’s be honest, they really don’t make sense. Sure CNN can run endless stories on Hillary Clinton’s 12 point lead, or Donald Trump’s rising numbers, but it seems no one is doing any explaining.

A: Dictionary.com defines a poll as “A sampling or collection of opinions on a subject, taken from either aselected or a random group of persons, as for the purpose of analysis.” Basically, a poll is an attempt to analyze the opinion of the public by taking a small sampling. It’s built upon the idea that a random sampling of people can provide an accurate picture of the whole group.

Q: Why are we hearing so much about polls lately?

A: Statistics teacher Michael George explains “[Polls] Are the best we have.” while polls may have their flaws, they are the best way to predict the upcoming election outcome. Considering how contentious this election has been, polls are become more and more relied upon as people try to follow who’s winning.

A: This is a harder question. Often times, polls are conducted by private poll teams. The polls we’re hearing about in the news, however, are usually conducted by individual new agency’s. Often, these massive polls, on which the country leans, are conducted by regular staffers in their agency’s polling division.

A: This is, in fact, they primary source of controversy. “[They] don’t let you know.” Explains Mr. George. While “It should be random certain groups of people can be overrepresented.”  In fact, the exact identity of people being asked is usually kept secret. Almost invariably, the top polling companies use a random number generator, which creates new phone numbers, randomly, and calls them. This is one of the most accurate forms of national polling. Other types of polling involve random selections from a list of possible subjects. The problem with this secrecy is there is no way to know if the polling is being conducted accurately.

Q: How accurate are polls?

A: Simply put, pretty accurate. As Pew research explains in an a frequently asked questions article “In the last several election cycles, most national telephone polls have been very accurate.” That said, polls accuracy can depend on several factors. The first is the type of question being asked. Common sense would dictate that pollsters would simply ask “Who are you voting for?” but this isn’t always the case. The poll can also be changed by the number of candidates included. The most accurate polls include four candidates, Trump, Clinton, Libertarian Gary Johnson, and Green Party candidate Jill Stein. However, less accurate polls will include only the two most likely candidates, Trump and Clinton. Thirdly, polls are affected by the number of people questioned. As political scientist Cliff Zukin, former president of the American Association for Public Opinion Research explains in an editorial for the New York Times entitled “What’s the matter with polling?”  their are two major problems, “the growth of cellphones and the decline in people willing to answer surveys.” The more people who are polled, the more accurate a poll is. Finally, there is the issue of selection bias. Unfortunately for the accuracy of polls, you can’t get a perfectly random sampling of the population. This is because the person being called has the ultimate choice over whether the choose to answer. Because of this, polls are samplings of volunteers. The average person who doesn’t want to respond to polls isn’t represented. As a result, radicals, and people who feel strongly towards or against one candidate, and want to make their feelings clear, can be wildly overrepresented.

Q: What about the electoral college?

A: Polls have a hard time accounting for the electoral college. While it is possible to poll a single state, it is most accurate to ask people randomly from across the country. Because of this, polls are much better at predicting popular vote than actual electoral vote.

Q: Are the polls rigged?

A: This is a difficult question to answer. There is no way to know for sure, but probably not. Polls have been fairly accurate in the past, and there’s no reason to assume journalists have decided to start           lying now. That said, it is possible for journalists to rig polls by selecting samples from primarily Democratic, or Republican areas. Mr. George lays out a hypothetical scenario “You could conduct a poll right outside the Republican national convention, ask 100 people who they’re voting for, and then announce Trump had a 98 point lead.” To get the most accurate polling, check out the website 538.com. Run by data analyst Nate Silver, this website combines all polls into one massive poll, and takes into account websites biases and past performance. The website predicted the 2012 election with other 90 percent accuracy.

A: Clinton, and somewhat emphatically. While the Republican candidate had been gaining, the recent video scandal has sent his numbers tumbling. Despite questions remaining over her health, Clinton’s polling numbers have risen dramatically in the last month. She is, despite recent signs of a Trump rebound, the favorite to win the election.