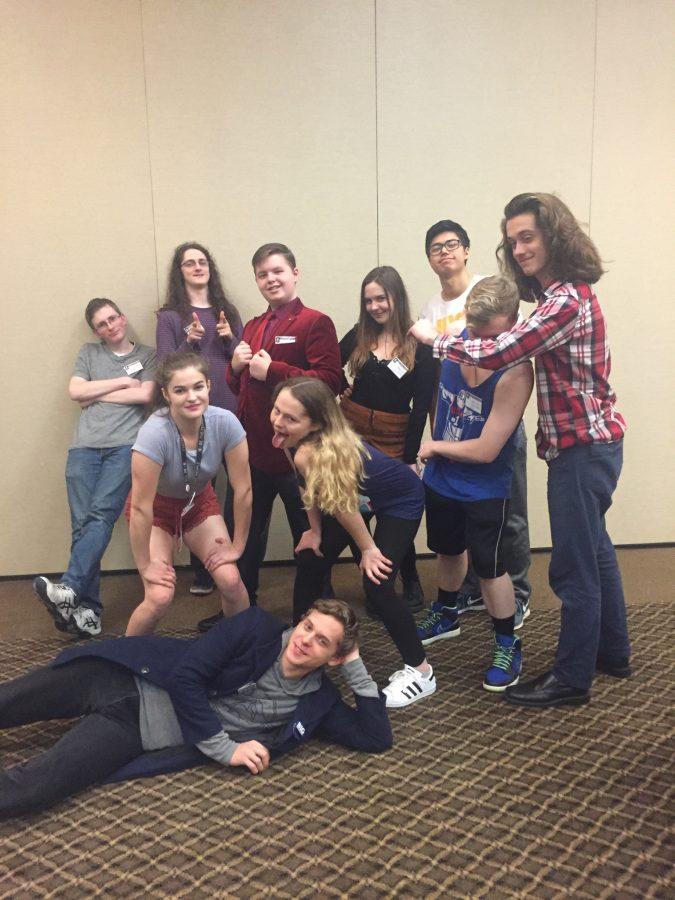 Junior State of America is a nationwide club founded on the motto “be the change”.  JSA recently made its way to the high school when Laura Bishop, senior, transferred to West Linn.

“I’ve always loved Junior State of America because of the opportunity that it gives students to engage in politics,” Bishop said. “Seeing students at my school and across the nation realize their impact on our country is so empowering and the reason I’m so involved with the club”

WL JSA brought _ people to the convention. Already raising their numbers in the two short years they have been founded as a club, JSA continues to grow. Tristan Waits, senior, found his passion at JSA because of the political awareness and his interest in politics.

The JSA winter congress focuses on the legislative process and teaching students how a bill becomes a law. Learning more about the process of senate and the house of representatives, young politicians learn more than just from

Junior State of America club meets Friday at lunch and is always open to new members or anyone who just wants to try it out. During the meetings they have debates covering current popular issues. Topics like abortion, gun control, and marijuana are just a few examples of what JSA has to offer in debates. This newly founded club sets its meetings around equality, helpful education debates and respect for all views.